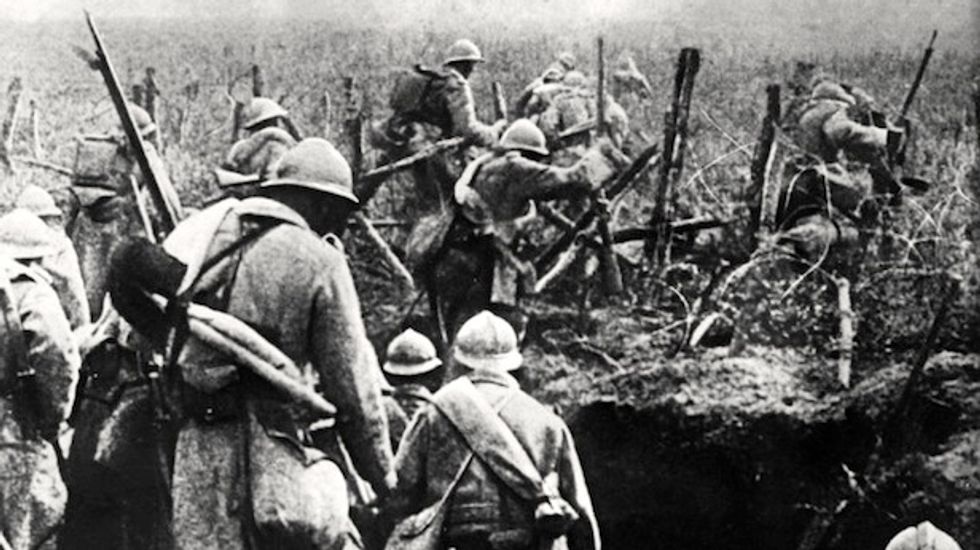 More than 500 members of Britain's military elite, mainly young officers but also a significant number from the senior ranks of the army, were killed in the 1914-18 war, many in the earliest battles, according to a roll call of honour released on Wednesday by the world's oldest defence thinktank.

Most of the casualties were what the thinktank, the Royal United Services Institute (Rusi), calls its "young blood" – second lieutenants, lieutenants, and captains. But contrary to common perceptions that those of higher ranks had little contact with the enemy, its roll call shows officers at lieutenant colonel and above were also being killed in the first contacts with the enemy in 1914.

Despite official narratives portraying the earliest engagements as a success, they should be seen as indications that the British Expeditionary Force (BEF) was "critically ill-prepared", an accompanying article in Rusi's journal says.

"The training of the army in the preceding years was of little consequence when the intensity, scale, and realities, of the campaign were so revealing of inadequacies in high command, logistics, size and artillery … It meant that the BEF of 1914 was always going to be on the back foot, given the need to innovate and expand."

Four members of Rusi, which has always had a large number of military officers as members, were killed on the first day of the BEF's first encounter with German forces, on 23 August 1914, at the Battle of Mons.

One of them was killed in the British retreat two days after the battle. Archer Windsor-Clive, professional cricketer and lieutenant in the Coldstream Guards, was 23 when he died defending the village of Landrecies from a surprise German attack. Windsor-Clive, third son of the first Earl of Plymouth, "represents the generation of men, regardless of wealth and background, who died at a tragically young age defending their country," says Rusi. " In the normal course of events, these young officers … would have been destined to become the nation's military and political leaders."

Major Charles Yate was among seven Rusi members awarded the Victoria Cross. His citation read: "He commanded one of the two companies that remained to the end in the trenches at Le Cateau on August 26, and when all other officers were killed or wounded and ammunition exhausted, led his 19 survivors against the enemy in a charge in which he was severely wounded. He was picked up by the enemy and he subsequently died as a prisoner of war."

However, the citation turned out to be inaccurate. Yate made several attempts to escape, eventually succeeding. But he was recaptured and, fearing he would be shot as a spy, he took his own life on 20 September 1914.

Professor Michael Clarke, director-general of Rusi, described the roll call as a "unique list of individuals who fell during the first world war … They were a diverse group of men united only by a desire to think more carefully about their military profession."