Bill O'Reilly: Stephen Colbert 'has no bleeping clue' how to fight Islamic State 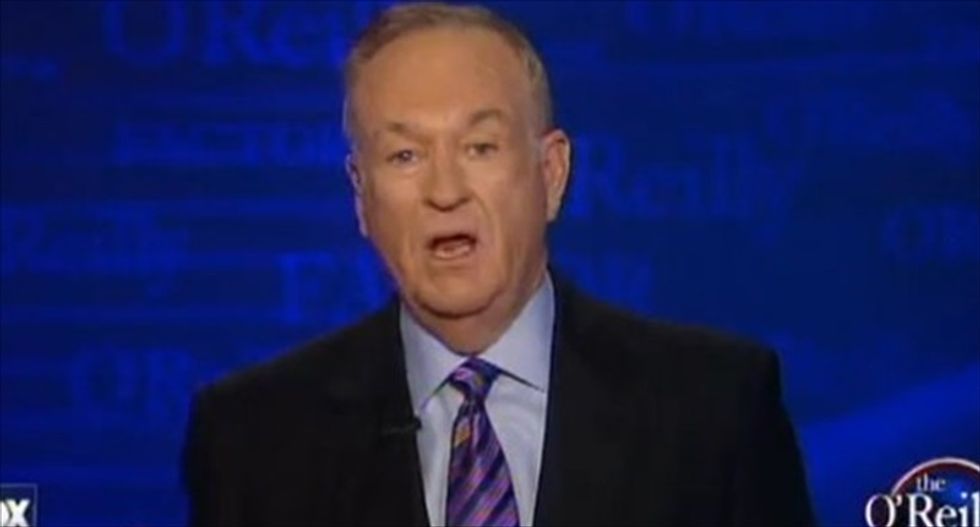 Fox News host Bill O'Reilly referred to Stephen Colbert as a "dumb person" on Monday after Colbert poked fun at O'Reilly's idea to send a mercenary army against the Islamic State terrorist group.

"Mr. Colbert and others of his ilk have no bleeping clue how to fight the jihad," O'Reilly argued. "They don’t know anything. And when somebody gets beheaded, their reaction is 'Oh, that's bad!' But by being completely vacant, it doesn't stop these people from mocking ideas that might have some value, might solve some complex problems."

Last week, O'Reilly began promoting the idea of Congress approving the formation of a 25,000-member "English-speaking" mercenary group that would be trained by the U.S. and United Nations and tasked solely with fighting terrorist groups.

Colbert responded on Thursday by pointing out that Fox contributors Monica Crowley and Charles Krauthammer criticized the idea on O'Reilly's own show, as did naval professor Tom Nichols, who mockingly said O'Reilly was pushing to create "Marvel's Avengers or Guardians of the Galaxy."

"Oh, come on, please" Colbert said on Thursday. "Bill's plan isn't like The Avengers or Guardians of the Galaxy; they'd be an elite team of pros putting their consciences aside to dish out violence for big money. So it's like the NFL."

On Monday, O'Reilly failed to mention the questions from within his own network, or from other military experts. Instead, he focused on Colbert, and on a poll showing that 70 percent of his viewers supported his idea.

"In the world of the ideologue, where Colbert lives, solutions don't really matter," O'Reilly said. "It's how you feel about things."