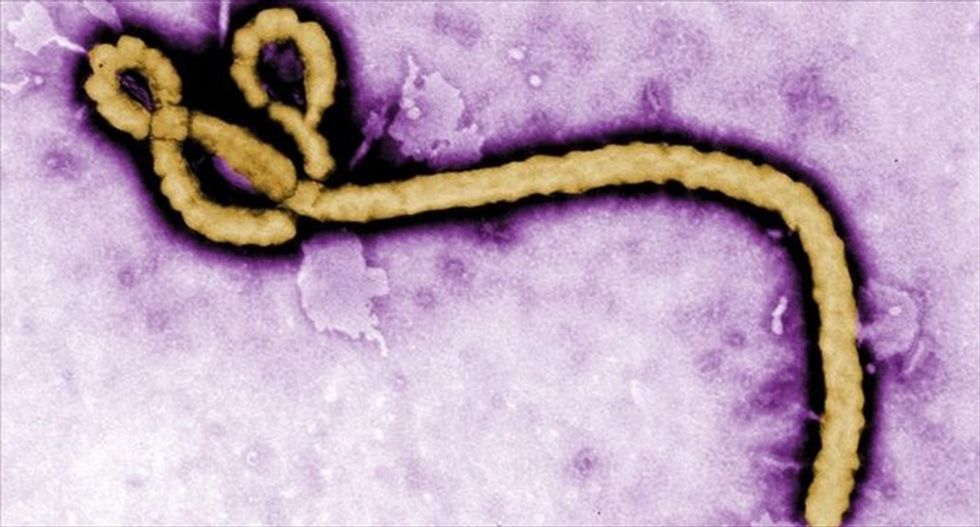 Some of the ultrastructural morphology displayed by an Ebola virus virion is revealed in this undated handout colorized transmission electron micrograph (TEM) obtained by Reuters August 1, 2014. REUTERS/Frederick Murphy/CDC/Handout via Reuters/Files

U.S. health officials said on Tuesday the first patient infected with the deadly Ebola virus had been diagnosed in the country, in a new sign of how the outbreak ravaging West Africa can spread globally.

The patient had recently traveled to West Africa and developed symptoms several days after returning to Texas, state officials said. The patient was admitted to an isolation room at Texas Health Presbyterian Hospital in Dallas.

The U.S. Centers for Disease Control and Prevention confirmed the diagnosis. U.S. health officials and lawmakers have been bracing for the eventuality that a patient would arrive on U.S. shores undetected, testing the preparedness of the nation's healthcare system.

The Texas Department of State Health Services said it was working with the CDC, the local health department and the hospital "to investigate the case and help prevent transmission of the disease."

"The hospital has implemented infection control measures to help ensure the safety of patients and staff," the statement said.

Ebola symptoms generally appear between two and 21 days after infection, meaning there is a significant window during which an infected person can escape detection, allowing them to travel.

CDC Director Dr. Thomas Frieden has said U.S. hospitals are well prepared to handle Ebola patients and has assured the public that the virus should not pose the same threat in the United States as it does in Africa.

Stocks in small biotechnology companies working on Ebola therapies or vaccines rose on the news of the U.S. Ebola patient in after-hours trading.

(Reporting by Julie Steenhuysen in Chicago and Sharon Begley in New York; Editing by Michele Gershberg and Lisa Shumaker)