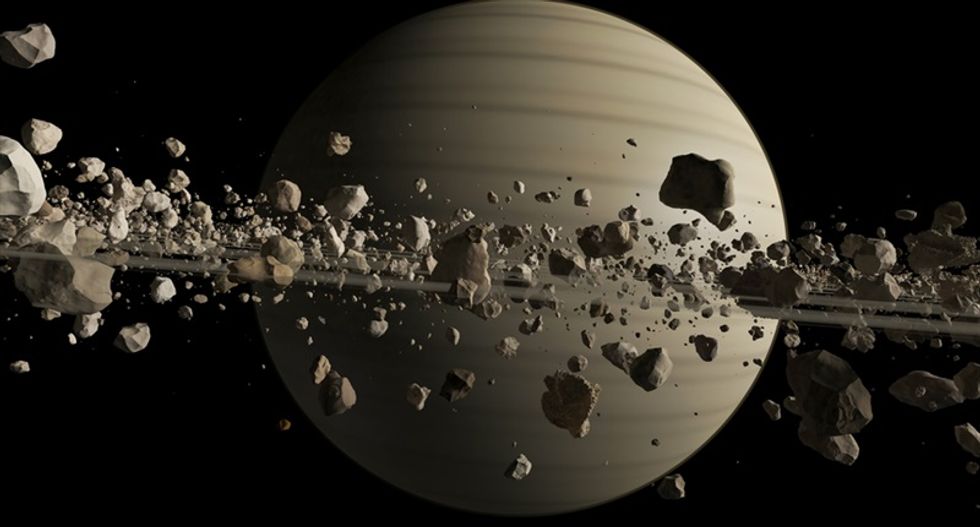 NASA won't meet a congressionally ordered goal to find 90 percent of nearby and potentially dangerous asteroids larger than 460 feet (140 meters) in diameter, the agency’s Inspector General said on Monday.

The shortfall comes despite a 10-fold increase in NASA’s annual budget over the past five years – from $4 million in 2009 to $40 million in 2014 - to track and assess potentially dangerous asteroids and comets. So-called “Near-Earth Objects,” or NEOs, fly within about 28 million miles (45 million km) of Earth.

The agency’s efforts are poorly coordinated, ill-managed and under-staffed, according to a 32-page report titled “NASA’s Efforts to Identify Near-Earth Objects and Mitigate Hazards,” by NASA Inspector General Paul Martin.

“NASA estimates that it has identified only about 10 percent of all asteroids 140 meters and larger,” Martin wrote. “Given its current pace and resources, (NASA) has stated that it will not meet the goal of identifying 90 percent of such objects by 2020.”

A one-person office manages a “loosely structured conglomerate of research activities that are not well integrated and (which) lack overarching program oversight, objectives and established milestones to track progress,” the report said.

NASA has found about 95 percent of the largest and potentially most destructive asteroids, those measuring about 0.62 mile (1 km) or larger in diameter.

About 66 million years ago, a 6.2-mile (10-km) -wide object hit what is now Mexico’s Yucatan peninsula, triggering global climate changes that are believed to have led to the demise of the dinosaurs and most other species alive at that time.

More recently, a fragment of an asteroid estimated to be just 59 feet (18 meters) in diameter exploded over Chelyabinsk, Russia. The force of the Feb. 15, 2013, explosion matched the energy released in 30 atomic bombs, blowing out windows and destroying buildings. More than 1,000 people were injured by flying debris.

“Recent research suggests that Chelyabinsk-type events occur every 30 to 40 years,” the Office of Inspector General report said, adding that most impacts would occur in the ocean rather than in populated areas.

Since 1998, NASA has spent about $100 million on programs to find, assess and mitigate potentially threatening space neighbors.

As of July 2014, the agency has discovered about 11,230 NEOs, including 862 of the largest asteroids. That figure includes only about 10 percent of the smaller nearby asteroids that are about 460 feet (140 meters) wide, far short of the agency’s goal to find 90 percent by 2020, the report said.

The report made five recommendations for beefing up NASA’s asteroid detection efforts, including adding at least four to six employees to help manage the program and coordinating projects with other U.S. and international agencies and with privately funded initiatives.

NASA’s Associate Administrator for Science John Grunsfeld said in a letter to Martin he expects a new NEO program to be in place by Sept. 1, 2015.