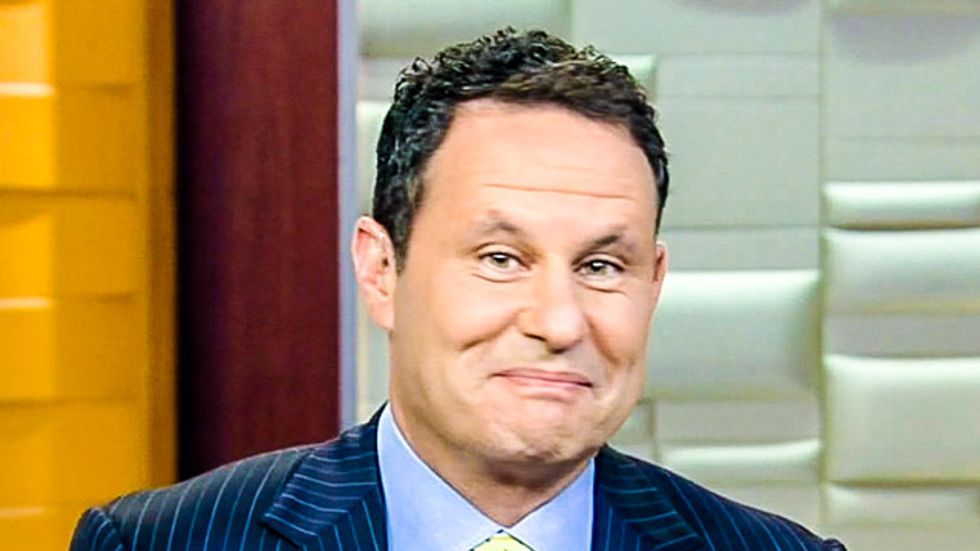 The hosts of Fox & Friends on Monday turned video of NFL player Ray Rice punching his then-girlfriend unconscious in an elevator into a joke, saying that in the future she should "take the stairs."

After TMZ released a leaked surveillance video that showed what happened when Rice knocked out the woman inside the elevator, the Fox News hosts asked viewers if a two-game suspension had been appropriate.

"We should also point out, after that video -- and now you know what happened in there -- she still married him," host Steve Doocy explained. "They are currently married."

"Rihanna went back to Chris Brown right after [he assaulted her]," co-host Brian Kilmeade noted. "A lot of people thought that was a terrible message."

"I think the message is take the stairs," he added, as co-host Anna Kooiman giggled.

"The message is, when you're in an elevator, there's a camera," Doocy concluded.