Jesse Jackson: Silicon Valley has a proud record on innovation, a shameful one on equality 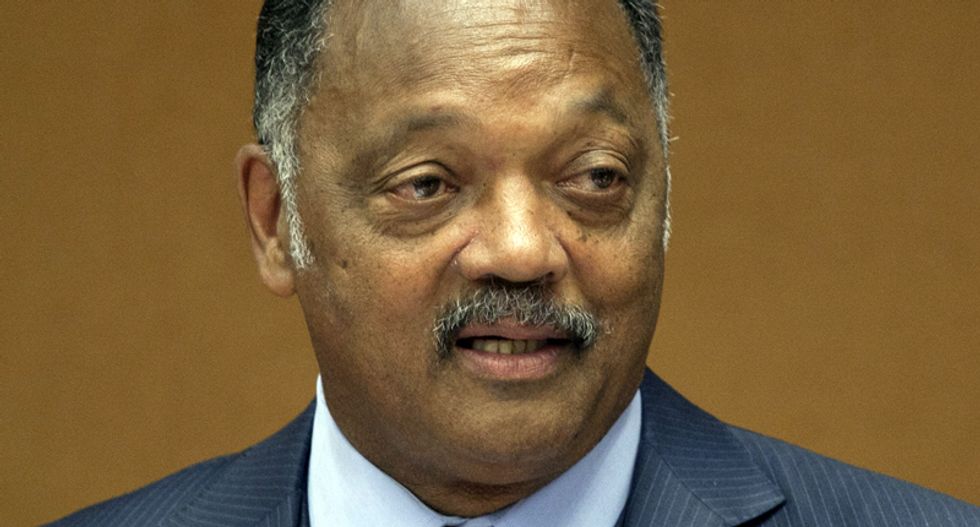 Reverend Jesse Jackson speaking at the UN (US State Department)

A new climate of change, hope and progress is now gripping Silicon Valley and the hi-tech industry. Inclusion and equal opportunity in the technology industry are the 21st-century civil rights imperatives. They are today's dynamic, disruptive change agents reshaping the culture and character of the hi-tech industry.

Technology is supposed to be about innovation, opportunity and inclusion, but, sadly, patterns of exclusion remain the order of the day. In fact, the tech industry is perhaps America's worst industry when it comes to inclusion and diversity.

Rainbow Push, the social justice organisation I founded, has brought this message to the industry through direct participation and speaking at the shareholder meetings of HP, eBay, Facebook and Google. What we've been saying is that Silicon Valley is America's valley: built through American R&D, American education, American tax credits and tax havens. It should reflect America's best values and principles.

We also focused on the hard data documenting the race and gender composition of the tech industry's workforce, challenging an industry that staunchly resisted efforts to reveal data about minority participation in the industry. In 2010 and 2013, major technology companies successfully went to court to prevent the release of such data.

Since Rainbow Push launched its digital connections initiative in March of this year, these same companies, including Google, Apple, Linkedin, Yahoo, Salesforce and Pandora, have now released it.

The facts don't lie: black people comprise just 1–2% of the tech workforce of most companies, Latinos just 2–4%. Women lag far behind men. But we've gone from resistance to release, creating an unprecedented climate of transparency. The industry is now facing up to the sobering facts on inclusion and diversity and moving to change them.

All of the technology companies that released their data repeat the same mantra,essentially: we have not done enough; there is much work to be done. Tim Cook, Apple's CEO said: "Let me say up front: as CEO, I'm not satisfied with the numbers on this page… and we've been working hard for quite some time to improve them. We're committed to being as innovative in advancing diversity as we are in developing our products."

Google rightly pointed out: "It's hard to address these kinds of challenges if you're not prepared to discuss them openly" and its candid comment that "being totally clear about the extent of the problem is a really important part of the solution" is a clarion call to launch a new era of inclusion in Silicon Valley.

Appallingly, tech powerhouses known the world over for their innovation and progressive values – Apple, eBay, Google and HP – have zero black members on their board of directors. Facebook, Twitter, eBay and Yahoo have no non-whites even among their senior executive leadership teams. Let's not limit growth. After all, diversity and inclusion are good for business. And there is no talent deficit, but an opportunity deficit. "They" can find us, if they search in the right places. So, let's expand the marketplace of opportunity.

Rainbow Push is now launching the second phase of its strategy. Now that the baseline data about technology (un)inclusion and (un)diversity has been documented, it's time to move to next steps. Technology companies that are serious about change must put a real plan in place: set goals, targets and timetables regarding diversity and inclusion on their boards, at senior executive level and among their general employee base. Treat inclusion and diversity just as you would any serious business line of a company and measure them.

How will companies "do better?" What will they do? When and with whom will they do "it?" How will the civil rights movement and the broader community engage the corporate sector to implement real change?

Truly, designing, implementing and measuring a 21st-century digital inclusion and diversity strategy are the challenges of this era.

It will a) review the performance and causes that have perpetuated the lack of diversity and inclusion in technology; b) involve corporate leaders, HR and inclusion specialists to initiate the conversation on the next phase of the campaign; and c) identify initial strategies and solutions to move the needle and change the face of technology companies to mirror the consumer and demographic base of the community.

We have five other aims:

• To publish the first digital diversity/inclusion in technology report, including the race and gender composition of companies' teams at all levels, and minority inclusion in financial services transactions and the capital markets. This report will be issued annually to measure the progress of the industry.

• Appeal to technology companies to commit to annual public release of a workforce diversity/inclusion report.

• Launch a pledge of commitment and 2020 digital inclusion and diversity vision.

• Establish an advisory committee to create a best practices and model 21st-century strategy.

Companies with global vision must also be truly global in their inclusion policies and practices. Silicon Valley and the tech industry have demonstrated that you can solve the most challenging complex problems in the world. Inclusion is a complex problem – if we put our collective minds to it, we can solve it, too. Nothing is too hard for Silicon Valley and the technology industry.

Rainbow Push's presence in Silicon Valley is not a hostile takeover, but a pathway to partnership. In our journey from freedom to equality, we've used all of the tools and resources: we vote; we legislate; we litigate; we advocate; we leverage.

And with a mission steeped in our faith to seek justice, fairness and equality, we will fight and win.