LA schools police to give up grenade launchers, but will keep rifles and armored vehicle 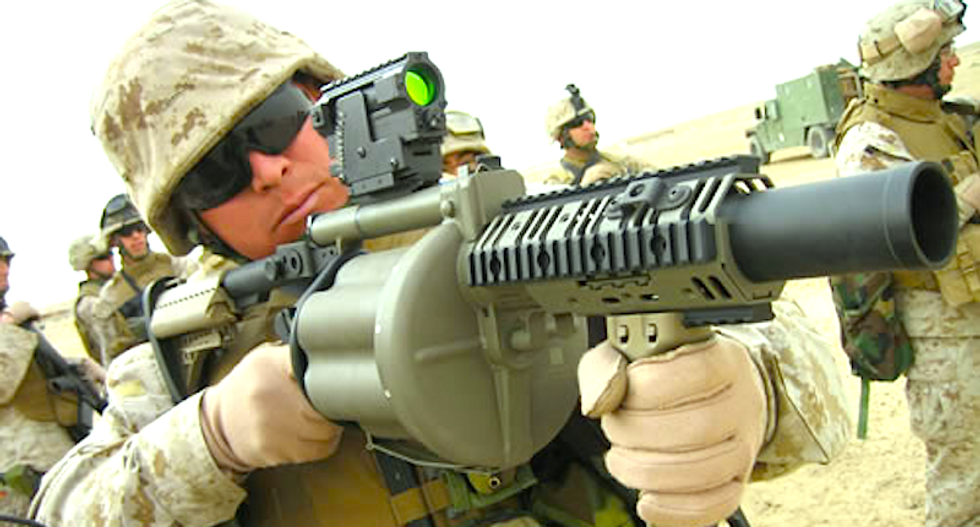 Los Angeles schools' police said on Tuesday it would give up three grenade launchers it acquired for free through a federal program now facing mounting scrutiny for supplying local agencies with military-grade equipment, the L.A Times newspaper reported.

The move follows scrutiny over the Department of Defense's program, begun in 1991, which gives unused equipment to police forces across the U.S., including ones that serve school districts.

A police sergeant who declined to be named confirmed the department had the equipment and said it is needed "for the safety of staff, students, and personnel" but could not confirm what if anything the department was relinquishing.

The Mine Resistant Ambush Protected vehicle, and the grenade launchers, would only have been used in "very specific circumstances," he added, without elaborating.

President Barack Obama ordered a review of the program out of concern at how such equipment had been used during racial unrest in Ferguson, Missouri, following the shooting death of a black teen by a white policeman last month.

Images of police wielding military-style guns and armor flanked by armored vehicles as they clashed with protesters helped to fuel a national debate on policing tactics in the U.S.

Debate has also simmered in part over the extent to which an increase in armed police and school officials can prevent higher death tolls in shooting rampages at U.S. schools.

Civil rights and education groups called for an end to the program supplying school system police in a letter to the Department of Defense on Monday. The Los Angeles School Police Department assigns officers to school campuses and they also patrol the surrounding areas.

"Adding the presence of military-grade weapons to school climates that have become increasingly hostile due to their overreliance on police to handle routine student discipline can only exacerbate existing tensions," the letter said.

The Pentagon has transferred more than $4 billion of equipment including armored vehicles, tents, rifles and night- vision goggles to local and state agencies since 2006.

Other California schools districts have participated in the program, gathering supplies ranging from rifles to exercise equipment and televisions, the Times reported.