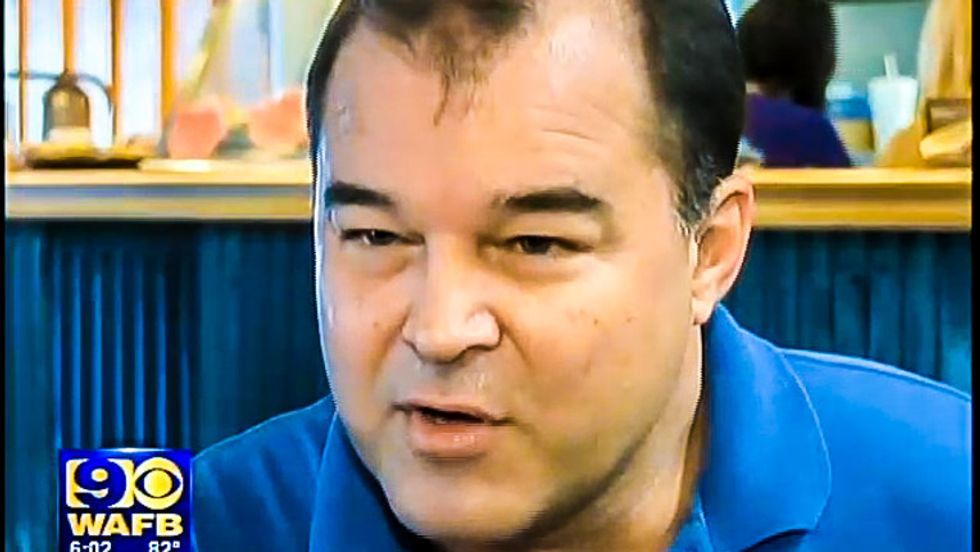 A Louisiana restaurant owner is offering a 10 percent discount to anyone with a gun because he said that it makes him feel safer.

Kevin Cox, owner of Bergeron's Restaurant in Port Allen, told WVLA that customers asked if they could bring their firearms after seeing that he was giving a discount to law enforcement officers who were carrying guns.

"I just need to see a weapon. I need you to be carrying a gun," Cox said. "As long as everybody has a gun we're all the same size."

"I keep hearing so much about people banning guns," he added. "Target's banning guns and these people are banning guns. Don't they realize that that's where people with guns are going to go? I want to take the opposite approach. How can I make my place safer?"

Customer Olivia Carambat said that she brought her Smith and Wesson 38 to get a discount, and to protect her constitutional rights.

"There's so many people who are trying to take our guns away and the government makes stricter gun laws," she remarked. "They forget that we really do, we're given the right in the Constitution to keep and bear arms."

Cox explained to WAFB that he felt safer as more and more people brought guns into the restaurant.

"My friends and relatives would come in with their guns on their holster. I felt good about that. It made me feel safer that they were there with their gun, so why not include all good citizens with the officers too," he said.

"If you have a gun on you, I'm going to give you a discount."