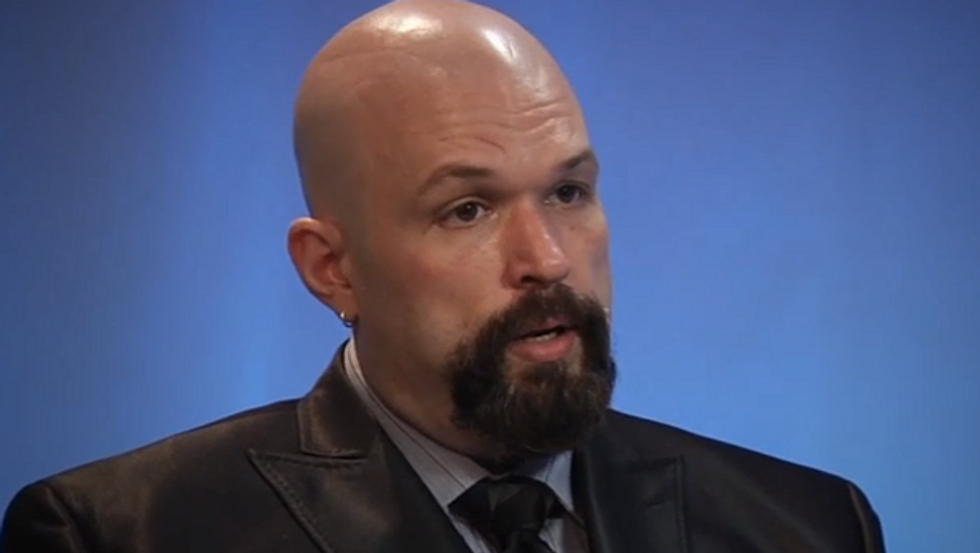 It's not every day that you see such a moving and consistent plea to respect the sanctity of life. But Sunday was one of those days. Because that's when National Review "writer" Kevin Williamson stated that women who have abortions should be hanged. It all started when Williamson wrote a screed against Lena Dunham which was so catty that I'm forced to deduce that he holds her responsible for getting his show Boys, about a group of men who write for The National Review, bumped off of HBO. He both critiqued Dunham for being self-obsessed and assuming that people cared about her sex life while, at the very same time, proving her point that he does indeed obsess about her sex life.

Williamson started out his hysterical diary entry by calling Dunham "distinctly unappealing" and dismissing her recent article which is unabashedly pro-voting and pro-women's rights (two things that Williamson can't, apparently, stand) as "a half-assed listicle penned by a half-bright celebrity and published by a gang of abortion profiteers."

Miss Dunham's "all about me!" attitude toward the process of voting inevitably extends to the content of what she votes for, which is, in her telling, mostly about her sex life. Hammering down hard on the Caps Lock key, she writes: "The crazy and depressing truth is that there are people running for office right now who could actually affect your life. PARTICULARLY your sex life. PARTICULARLY if you're a woman. Yup."

But, like Dan Savage himself says, it gets better. What happened next was that a very logical person on twitter, @LeveyIsLaw, pointed out the contradiction between Williamson's whole "only someone who suffers from 'all about me' disease would think I care at all about your sex life. P.S. I care about your sex life, like, a lot," argument:

This is strange: "We do not wish to be involved in your sex life" and a rant against abortion in the same article?

He then asked Williamson to flesh out his moral argument against abortion, tweeting, "Do you think it's morally acceptable to kill doctors who are about to perform abortions? Should women who have abortions get life without parole? If your answer to either question is no, you don't think abortion is murder."

To this, Williamson responded "I have hanging more in mind."

And it just got better from there.

.@KevinNR It's telling that you advocate hanging instead of a more humane method of execution. Reveals serious animus.
— Charles Johnson (@Charles Johnson) 1411932078.0

Make no mistake - @KevinNR is not the only conservative who's this twisted. Their agenda is to roll back all progress on women's rights.
— Charles Johnson (@Charles Johnson) 1411931844.0