OK trooper tells local news: Best way not to get raped by cops is to 'follow the law' 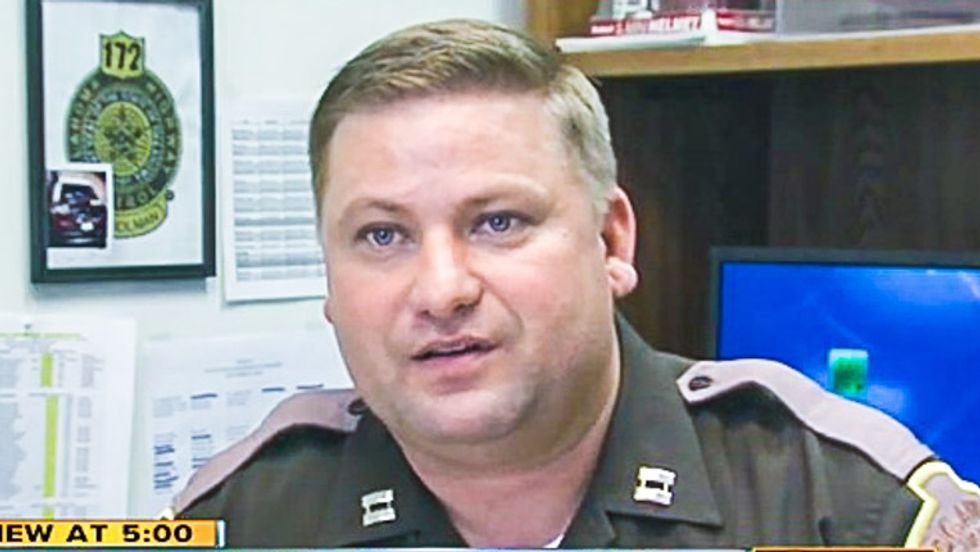 An Oklahoma Highway Patrol official reportedly told women that the best way not to get raped by an officer was to "follow the law."

In recent months, an Oklahoma Highway Patrol officer and an Oklahoma City Police officer have been accused of repeatedly raping women, often during traffic stops.

After a Tulsa County sheriff's deputy was arrested last week for sexually assaulting a woman while responding to a 911 call, Tulsa NBC News affiliate KJRH decided to ask the Oklahoma Highway Patrol how to stay safe during a traffic stop.

The department noted that troopers should always be in uniform, and that women were allowed to keep their car door locked, and to speak with officers through a cracked window. A trooper should rarely ask a person to come back to the patrol car, OHP advised.

"There are certain situations where we do that," Capt. George Brown told KJRH. "If someone doesn't have a driver's license on their person. We asked for an ID or driver's licence, if they can't provide it, rather than stand outside the car writing [a ticket], which puts us in a bad location, we may ask a female back to the car so we can get her information."

The KJRH anchor said that Brown concluded with this advice: "The captain says anything that happens inside a troopers car is videotaped, and he says that supervisors do review those tapes."

"He says the best tip that he can give is to follow the law in the first place so you don't get pulled over," the anchor added.

Brown told KWTV that OHP was working to regain the public's trust.