Penn. AG blames victim: Female prison clerk caused her own rape 'in whole or in part' 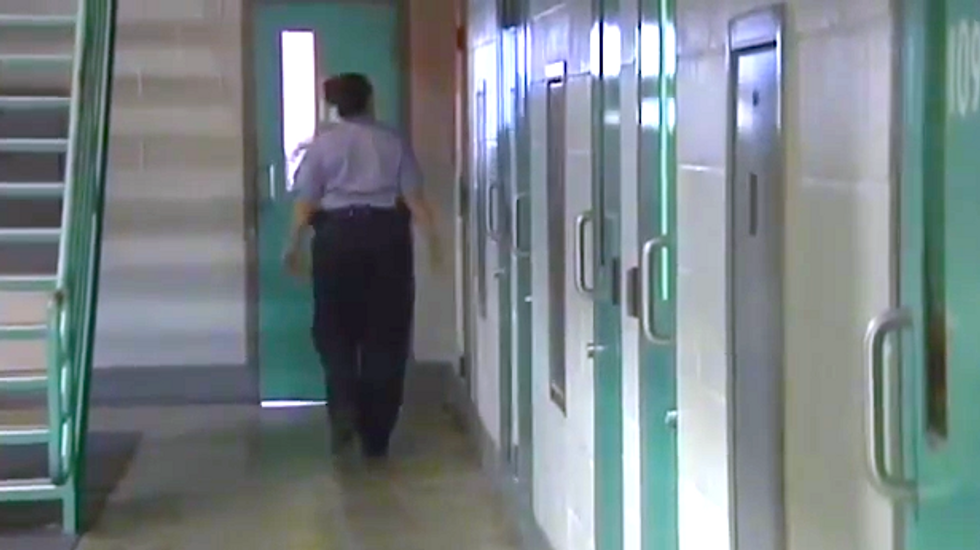 The Pennsylvania attorney general’s office this week blamed a former prison employee for her own rape in 2013.

Earlier this year, 37-year-old inmate Omar Best was convicted of raping a 24-year-old typist at Rockview prison in Bellefonte. Surveillance video showed that the victim was choked unconscious and sexually assaulted for 27 minutes.

In a lawsuit against the Department of Corrections, the victim alleged that the prison allowed Best access to female employees even though officials knew that he had been transferred from another facility for assaulting a female worker there.

“Despite this knowledge, defendants … still allowed Omar Best to have unsupervised access to the offices of female employees,” the woman's lawsuit charged.

Clifford Rieders, an attorney for the victim, told the Centre Daily Times that he was outraged at the state would try to shame his client as a defense.

“It is troubling and disturbing that they would take a position so contrary to the position the district attorney took in the criminal case,” he remarked.

“This kind of victim-blaming is unconscionable and, frankly, makes people distrust the justice system," she insisted. "I am appalled.”

David Tyler, a spokesperson for Kane, responded on Wednesday morning by saying that the attorney general had not been aware of the court filing, and that her name was on hundreds of documents each week, according to told the Centre Daily Times.

By Wednesday afternoon, the attorney general's office had released an official statement.

“Attorney General Kane and her office are sensitive to the extraordinary challenges victims face in both the criminal and civil processes, particularly in cases involving sexual assault,” the statement noted.

“Contributory negligence is one such defense the office often presents on behalf of our clients — whether we like it or not — so that this defense can be preserved,” the attorney general's office added. “This initial filing should not necessarily be interpreted as meaning this defense will be pursued throughout the entire case.”

The statement said that Kane was "not made aware of this matter prior to the filing, and was saddened to learn that the filing implied that the victim somehow contributed to this crime.”

Rieders, however, said that he wasn't buying Kane's explanation.

“My response is that we are all responsible for what our staffs do,” Rieders insisted. “When it goes out the door and it has your name on it, it’s yours.”

Watch this video report from May 2014.