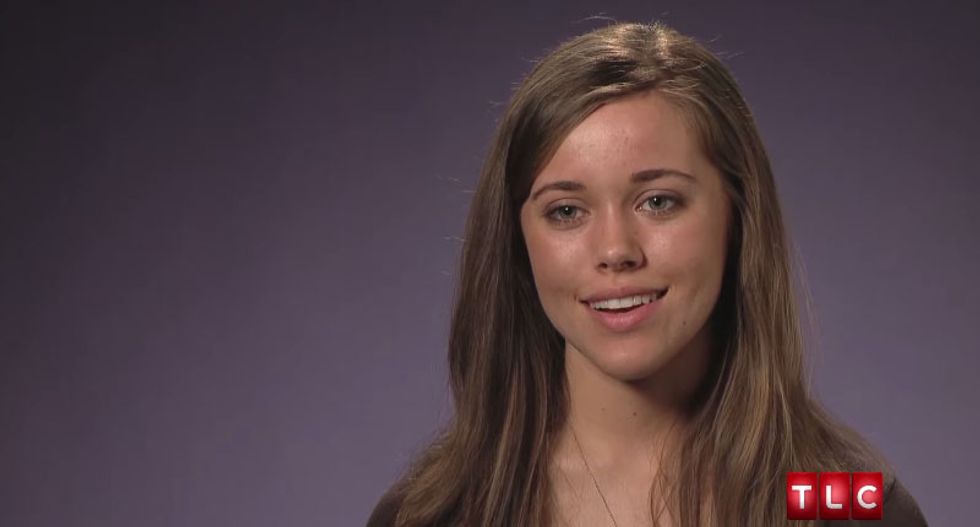 Charles Darwin's theory of evolution is to blame for the deaths of millions in Nazi concentration camps, according to 21-year-old reality TV star Jessa Duggar.

"I walked through the Holocaust Museum again today," she wrote in post on Instagram, "very sobering. Millions of innocents denied the most basic and fundamental of all rights--their right to life. One human destroying the life of another deemed 'less than human.' Racism, stemming from the evolutionary idea that man came from something less than human; that some people groups are 'more evolved' and others 'less evolved.' A denying that our Creator--GOD--made us human from the beginning, all of ONE BLOOD and ONE RACE, descendants of Adam. The belief that some human beings are 'not fit to live.'"

Duggar, whose family is featured in TLC's 19 Kids and Counting, compared the Nazi death camps to abortion in the United States.

"So they're murdered," she wrote. "Slaughtered. Kids with Down syndrome or other disabilities. The sickly. The elderly. The sanctity of human life varies not in sickness or health, poverty or wealth, elderly or pre-born, little or lots of melanin [making you darker or lighter skinned], or any other factor. 'If thou faint in the day of adversity, thy strength is small. If thou forbear to deliver them that are drawn unto death, and those that are ready to be slain; If thou sayest, Behold, we knew it not; doth not He that pondereth the heart consider it? and He that keepeth thy soul, doth not He know it? and shall not He render to every man according to his works?" (Proverbs 24:10-12) May we never sit idly by and allow such an atrocity to happen again. Not this generation. We must be a voice for those who cannot speak up for themselves. Because EVERY LIFE IS PRECIOUS. #ProLife"

On her Instagram account, Duggar also said she visited the Creation Museum in Kentucky. She claimed that the fossil record proved that the biblical story of the great flood was true.

Jessa's comments about abortion reflect her parents conservative Christian beliefs. Jim Bob and Michelle Duggar have previously compared abortion in the United States to the Holocaust.

"A couple of weeks after we went to the Holocaust Museum it dawned on us that there is a Holocaust taking place right here in America! More than 56 million lives have been destroyed in our country! That is over 4000 babies being killed and 4000 women being wounded each day," her parents wrote in a blog post last year.

Jim Bob Duggar also compared the United States to Nazi Germany in a 2013 speech to the Values Voter Summit.