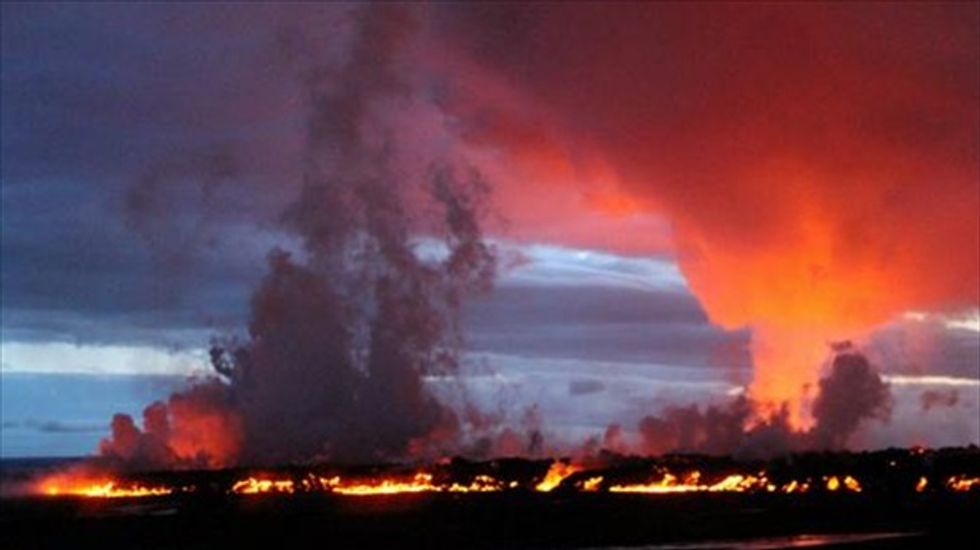 Scientists have long believed that the 1815 Tambora volcanic eruption could not, alone, have been responsible for the drastic climate change in 1816, nicknamed "Year Without a Summer" and "Eighteen-Hundred-and-Frozen-to-Death." Now, joint research by scientists and historians at the Cabot Institute believe they have pinpointed the date of what is called, in the scientific literature, the "Unknown eruption."

The global climate changes that accompanied these two eruptions created an unseasonably cold winter, which led to massive crop failure and a famine across both Europe and North America. These extreme conditions are also thought by scholars to have inspired literary works like Lord Byron's "Darkness," as well as the ice-framed narrative of Mary Shelley's novel Frankenstein.

According to Caroline Williams, of the Department of Hispanic, Portuguese and Latin American Studies, and Alvaro Guevara-Murua, a doctoral student in the School of Earth Sciences, and Erica Hendry, a professor in the same, the "Unknown eruption" likely occurred in South America sometime between mid-December 1808 and mid-February 1809.

Unlike the 1815 Tambora eruption, the effects of which were almost immediately observable world-wide -- including a "dry fog" that blanketed the northern United States and which not even rainfall could disperse -- the "Unknown eruption" did not have the same atmospheric optical effect. However, the researchers note, just because the particulate matter didn't create effects visible half a world away does not mean that the stratospheric aerosol haze created by it did not have an impact on the global climate.

Also, as Guervara-Murua noted, "the eruption coincided with the Napoleonic Wars in Europe, the Peninsular War in Spain, and with political developments in Latin America that would soon lead to the independence of almost all of Spain's American colonies. It's possible that, in Europe and Latin America at least, the attention of individuals who might otherwise have provided us with a record of unusual meteorological or atmospheric effects simply turned to military and political matters instead."

However, after months of archival research in Latin America, Caroline Williams "turned to the writings of Colombian scientist Francisco José de Caldas, who served as Director of the Astronomical Observatory of Bogota between 1805 and 1810. Finding his precise description of the effects of an eruption was a 'Eureka' moment."

In those journals, she found references to a "transparent cloud that obstructs the sun's brilliance" in the stratosphere over Bogota, and indications that it first appeared on December 11, 1808.

In Lima, Peru, she found a short account written by José Hipólito Unanue identified "vapors above the horizon" at the same date, indicating that the eruption must have occurred within a two-week window around December 4, 1808.

Another one of the researchers is emboldened by Williams' findings, noting that now that they know when it happened, they can reexamine the archival evidence. "There have to be more observations hidden away, for example in ship logs," she said.

"Having a date for the eruption will now make it much easier to track these down, and maybe even pinpoint the volcano. Climate modelling of this fascinating decade will also now be more accurate because the season of the eruption determines how the aerosols disperse around the globe and where climatic effects are felt."

The research is set to published in the next issue of Climate of the Past.