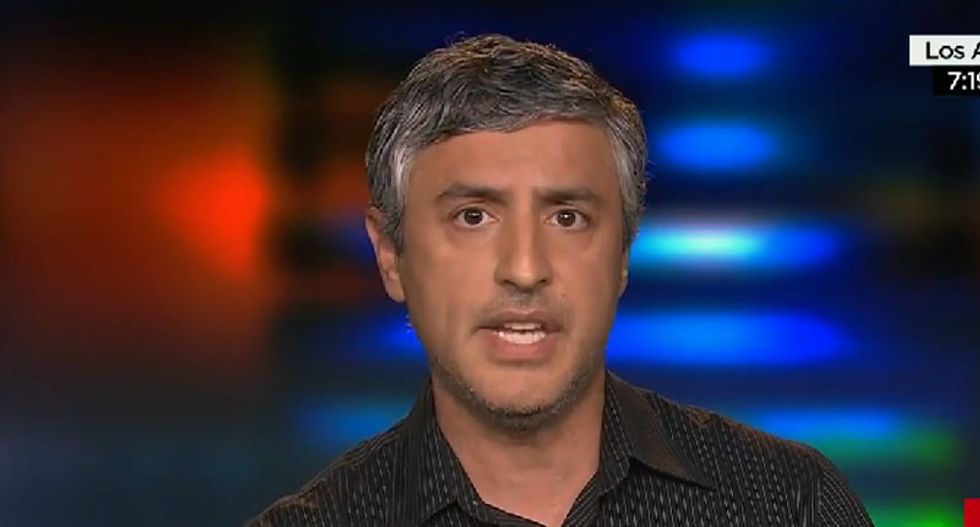 On his show last Friday, Maher criticized President Barack Obama and liberals for insisting that Islamic State militants in Iraq and Syria were not true Muslims. He accused liberals of overlooking human rights violations committed by Muslims, citing the high rate of female circumcision in Muslim countries.

But Aslan told CNN that Maher's criticism was unfounded.

"Well, I like Bill Maher," he remarked. "I have been on his show a bunch of times. He's a comedian."

"But, you know, frankly, when it comes to the topic of religion, he's not very sophisticated in the way that he thinks," he continued. "I mean, the argument about the female genital mutilation being an Islamic problem is a perfect example of that. It's not an Islamic problem. It's an African problem."

"But, again, this is the problem, is that you make these facile arguments that women are somehow mistreated in the Muslim world -- well, that's certainly true in many Muslim-majority countries like Iran and Saudi Arabia. Do you know that Muslims have elected seven women as their heads of state in those Muslim-majority countries? How many women do we have as states in the United States?"

Aslan also said countries like Turkey and Indonesia respected the rights of women.

"I mean, again, this is the problem is that you're talking about a religion of 1.5 billion people," he said, "and certainly it becomes very easy to just simply paint them all with a single brush by saying, well, in Saudi Arabia, they can't drive and so therefore that is somehow representative of Islam. It's representative of Saudi Arabia."