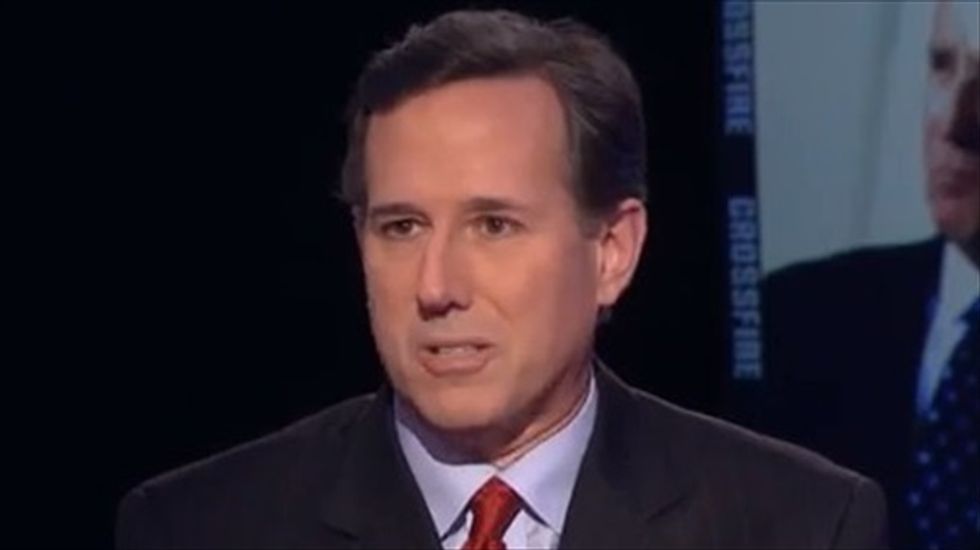 During his speech on Friday at the Values Voter Summit, former Senator and Republican presidential candidate Rick Santorum claimed that "the West" was in an "existential fight" against the forces of "radical Islam."

Unlike fellow Values Voter Summit speaker Michele Bachmann (R) -- who urged President Barack Obama to go to war with all of Islam -- Santorum limited his criticism to those Muslims who were rightly hesitant about modernity. Still, he noted, there is "a fundamental foundational problem in Islam of embracing issues of freedom of conscience and religious persecution."

"Christendom [once] expanded by the sword, that doesn’t happen anymore," he continued, but "you don't have any Baptist ministers going on jihad."

"The Western world," Santorum said, "has come to terms with religious liberty, freedom of conscience, and that persuasion is the way to spread the faith."

But the president and those who believe that not all Muslims are fundamentalists were not Santorum's only targets. He also called out Kentucky Senator Rand Paul (R) in all but name, saying. that "clearly, there are people out there who are trying to advocate for us to take a more limited view of what our role should be internationally, both from the standpoint of our engagement in foreign policy as well as our military strength."