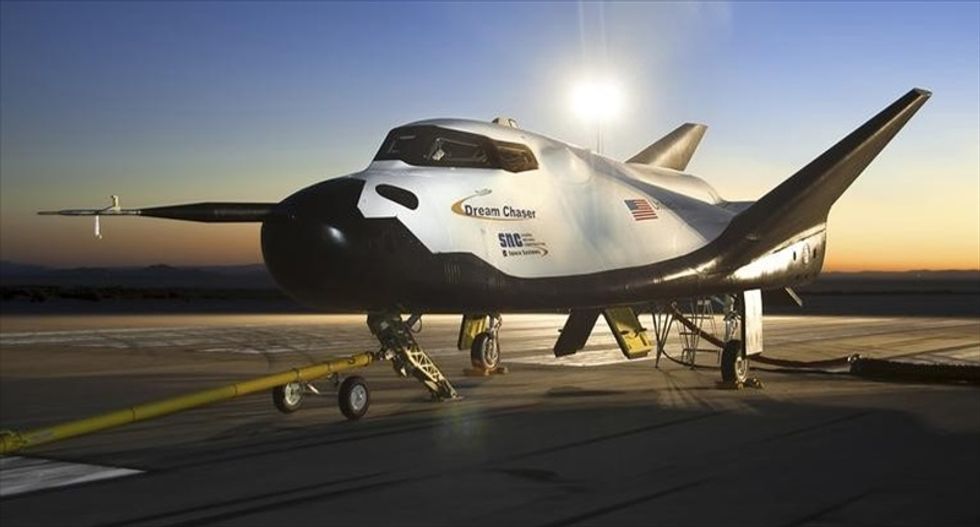 Work on a pair of U.S. commercial spaceships to ferry astronauts to and from the International Space Station will be delayed after a losing contender protested the NASA awards, agency Administrator Charles Bolden said on Monday.

The U.S. space agency awarded contracts worth up to $6.8 billion to Boeing and privately owned Space Exploration Technologies, or SpaceX, to finish designs, build, test and ultimately fly crews to the station, a $100 billion research laboratory that orbits about 260 miles (418 km) above Earth.

The awards, announced on Sept. 16, culminate a four-year program to restore U.S.-based human spaceflight services following the retirement of the space shuttles in 2011.Since then, NASA has been dependent on Russia to fly station crewmembers, a service that currently costs the United States about $70 million per seat.

In addition to Boeing and SpaceX, privately owned Sierra Nevada Corp bid to continue development of its Dream Chaser spaceplane under NASA’s so-called “Commercial Crew” program. The contracts include up to six operational missions.

Boeing’s award is for $4.2 billion. SpaceX offered to do the work for $2.6 billion. On Friday, Colorado-based Sierra Nevada formally protested the awards, saying its proposal would cost $900 million less than Boeing’s.

“NASA’s own Source Selection Statement and debrief indicate that there are serious questions and inconsistencies in the source selection process. SNC, therefore, feels that there is no alternative but to institute a legal challenge,” the company said in a statement.

The protest, filed with the Government Accountability Office, will temporarily keep NASA from moving forward with the next phase of its Commercial Crew program, NASA's Bolden told Reuters.

NASA has 30 days to respond to Sierra Nevada’s challenge. GAO is expected to issue its ruling by Jan. 5, 2015.

Bolden was in Toronto for the opening of the week-long International Astronautical Congress.