Stephen Hawking comes out: 'I'm an atheist' because science is 'more convincing' than God 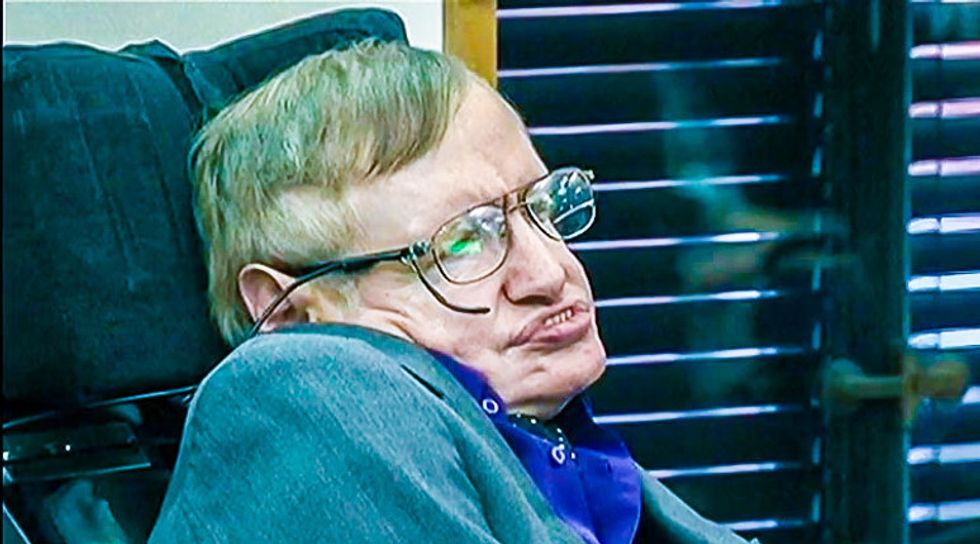 Stephen Hawking clarified this week that he was an atheist because science had provided him with a "more convincing" explanation of the origins of the universe.

According to NBC News, Hawking made the comments to the Spanish-language paper El Mundo during the Starmus Festival at Tenerife in the Canary Islands.

El Mundo's Pablo Jauregui pointed out that Hawking had written in his book "A Brief History of Time" that scientists could "know the mind of God" if a unifying set of principles -- or theory of everything -- was discovered to explain the physical universe. But Hawking later wrote in "The Grand Design" that God was no longer necessary because science had provided a better understanding of the universe.

"Before we understand science, it is natural to believe that God created the universe," the world-famous theoretical physicist told Jauregui. "But now science offers a more convincing explanation."

"What I meant by 'we would know the mind of God' is, we would know everything that God would know, if there were a God, which there isn't," he added. "I'm an atheist."

But Hawking does believe that humans are not alone in the universe, and that meeting extraterrestrial life could be like Christopher Columbus coming to the Americas.

"Which didn't turn out very well for the Native Americans," he warned.

"The idea that we are alone in the universe seems to me completely implausible and arrogant," Hawking told the paper. "Considering the number of planets and stars that we know exist, it's extremely unlikely that we are the only form of evolved life."

Senate Minority Leader Mitch McConnell (R-KY) is grappling with aftermath of a Devil's Bargain with Trump. On January 6, his prior willingness to humor Trump's election lies landed him in mortal danger. But for the foreseeable future, telling the truth about Trump could kill his political career.

Like every Devil's Bargain, this one isn't going well for McConnell. He's trapped between the truth and its consequences, and it shows in his wildly contradictory actions.