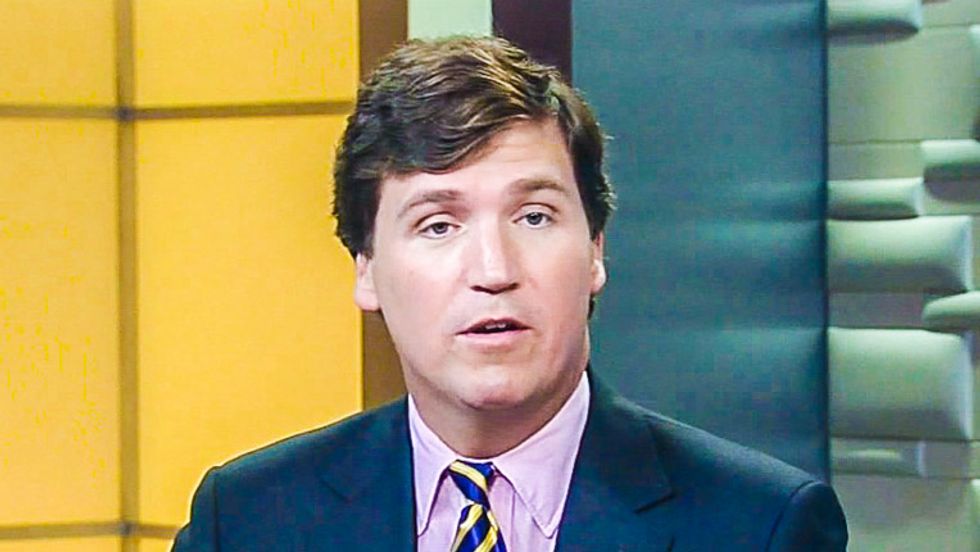 On Saturday, the Global Poverty Project hosted the third annual Global Citizen Festival in New York's Central Park to bring awareness to its goal of ending poverty by 2030. The 60,000 concert goers were required to engage in some type of social activism to receive a free ticket.

But the morning after the event, the hosts of Fox & Friends were focused on images of litter in Central Park.

"It was a fascinating event," Carlson opined. "It was where the beneficiaries of capitalism went to attack capitalism. So you had millionaires, some billionaires up there expressing oodles and oodles of guilt about the planet and income inequality. But in the process -- and this is going to surprise you -- they trashed the planet."

"Each one of them a contributor to global warming," he snarked. "Oh, the irony."

Carlson added that it was "not surprising" to see litter in Central Park because global warming and climate change were "rich people concerns."

"When is the last time you met someone working for minimum wage who was really upset about global climate change or even believed it was real?" he asked.

"They are concerned about putting food on the table for their families," co-host Clayton Morris agreed.

"I've never met anyone who wasn't rich who was worried about global climate change. Ever," Carlson insisted. "Maybe there are people, but I've never met them."

"I'm not a huge environmentalist, but littering -- the death penalty is probably too strong -- but it ought to be punished really severely," he added. "I'm a conservationist."

"Isn't that by definition an environmentalist?" Morris wondered.

"I care about keeping the land and water clean because I use it," Carlson explained. "I tell you where environmentalism begins, don't litter... That's worse that global warming as far as I'm concerned."