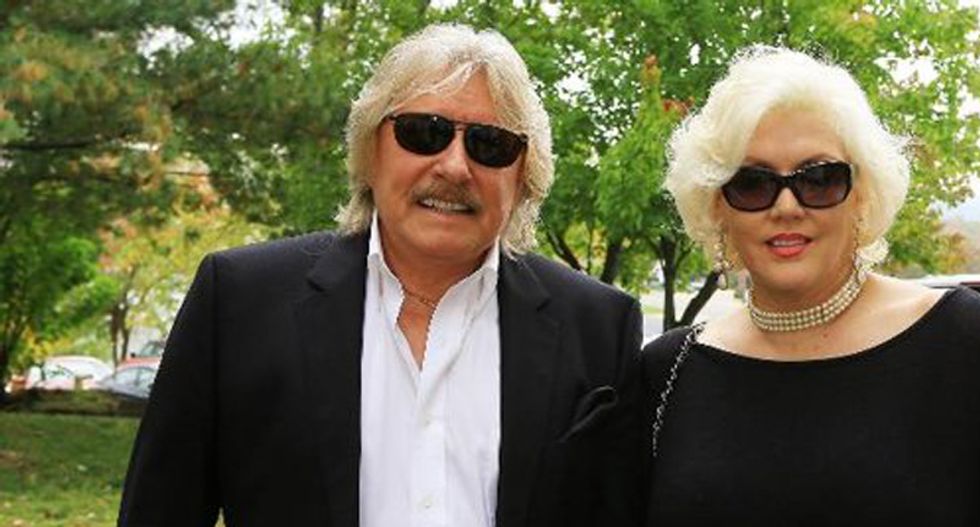 Paul Revere and his wife Sydney attend a memorial service for entertainer Andy Williams, in Branson, Missouri, on October 21, 2012 (AFP)

Paul Revere, frontman and organist for 1960s American rock band Paul Revere and the Raiders has died, his band's website said Sunday. He was 76.

The leader of the campy group, whose members wore tri-corner hats and an American Revolution-inspired wardrobe, died Saturday in Idaho on his "small estate overlooking a tranquil river canyon," manager Roger Hart said in a statement.

US media reported that Revere had been battling with cancer.

The band's hits included "Kicks" and "Hungry" in the 1960s, which both landed in the top 10 on Billboard's Hot 100. The band's 1971 "Indian Reservation (The Lament of the Cherokee Reservation Indian)" hit number one.

"Even though I've had some health issues, nothing can stop the old man. I'm like the Energizer Bunny!" Revere wrote.

"It breaks my heart to have to stay home while the band goes out without me to our next block of dates," he added.

Revere, born Paul Revere Dick, toured with the band for five decades, earning the title "the madman of rock and roll."