Bill Maher rips Dallas hospital and US fumbles on Ebola: 'What the f*ck?' 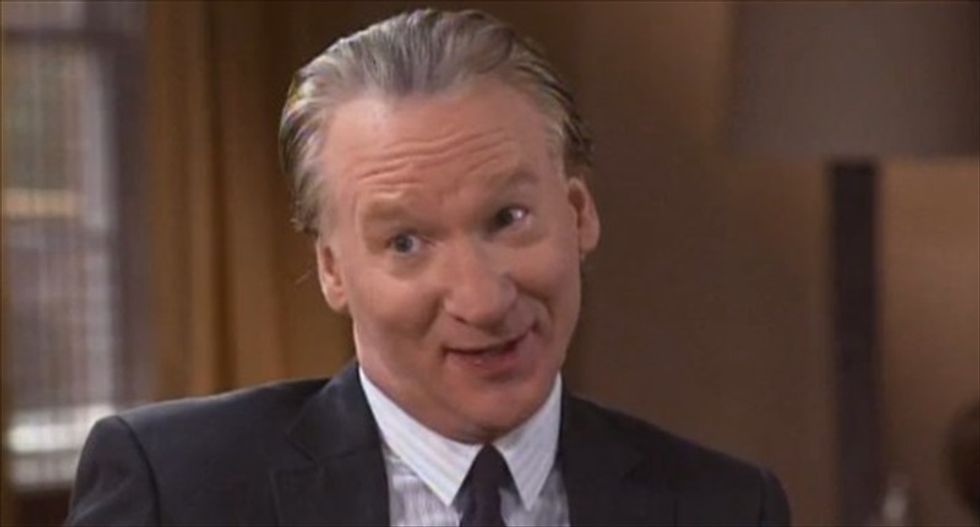 Commentator Bill Maher said in an interview with The Daily Beast that he believes that authorities are not doing enough to clamp down on the Ebola epidemic. Specifically, he said that air travel in and out of Liberia should be suspended.

The Beast's Marlow Stern queried Maher on a number of topics, including the 2016 presidential race, the heated discussion of Islam that took place two weeks ago on Maher's HBO show Real Time with Bill Maher, and of course, Ebola.

"With the Ebola panic," asked Stern, "there’s a serious problem in Africa, but as far as the ‘round-the-clock coverage in America is concerned, do you feel it’s overblown?"

"No, I disagree. And I’m someone who’s always saying we’re shitting our pants too much. To me, I’m not worried about ISIS at all," said Maher. "I’ve mocked that from the beginning -- that you’re going to get your head cut off while waiting for an iPhone. But this Ebola situation? I’m not panicking, but from the start they’ve underestimated it, they’ve not been ahead of it, and they keep saying things that the next day turn out not to be true. First it was: 'It’s not going to get here.' And then it got here. Then: 'It’s not going to spread out from the one guy,' and then it spread out from that one guy."

He went on, "Where’s the kick-ass-and-take-names mentality that we need with Ebola right now? I’ve really had it with all this 'voluntary Ebola' response. Where’s the mandatory quarantine? Do we really need to have people flying in-and-out of Liberia to take care of the crisis, specifically?"

Liberia has been the hardest hit nation of the West African countries suffering in the outbreak. An estimated 2,458 people had died of the disease in Liberia as of Wednesday.

"And let’s not even get into what a nightmare it was inside this Dallas hospital," Maher said. "Just two days ago my tweet was something like, 'Nigeria has contained Ebola. All we have to do -- no offense, Nigeria -- is be better than you.' Well, I think my tweet today would be, 'Sorry, Nigeria! I think I’ve overestimated America. We’d like to be just as good as you.' Have you heard what they’re doing in that hospital? They weren’t even wearing protective clothing that covered their whole bodies. And then this doctor said, 'Put tape on your neck.' What the fuck?! It seems like a lot of people have been exposed, whereas when the one guy came back, we could have shut it down right then and there. And we didn’t."