Colorado family stunned: Cop breaks in, fatally shoots man in back, and 'no one knows why' 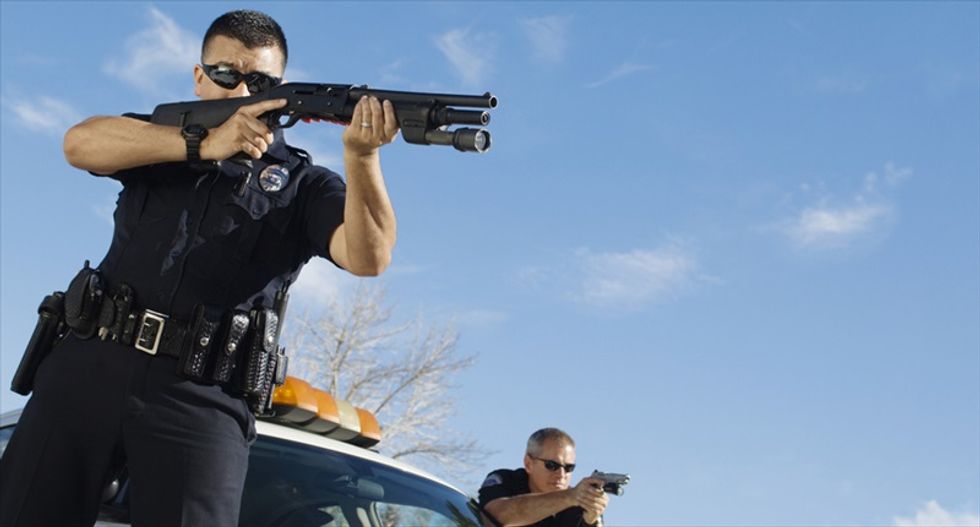 A Colorado family said that it was stunned over the weekend when an officer broke down their door, and fatally shot one of the residents in the back without an explanation.

Sara Lindenmuth told KRDO that a Rocky Ford police officer forced down the door to their home sometime after her brother-in-law, 27-year-old Jack Jacquez, came home around 2 a.m. on Sunday morning.

She recalled that the two men started shouting at each other.

"He was standing next to his mom, his back turned toward the officer and then he shot him twice in the back and then pepper sprayed him," Lindenmuth said. "Then they hand cuffed his fiancée, for reasons I don't know why. And the mom went to call the cops and the cop took her phone and threw it against the wall."

Jacquez's fiancée, Mariah, told KKTV that he had been out late because he was helping a friend babysit. She said she was asleep when she heard the gunshots.

"Came out, gun shots firing. Found my fiancé on the floor. He couldn't breathe," she explained.

The Colorado Bureau of Investigation was reportedly investigating the case. KKTV identified the officer as James Ashby. He was placed on administrative leave pending the outcome of the investigation.

Authorities said that there would be no additional details released until the investigation concluded.