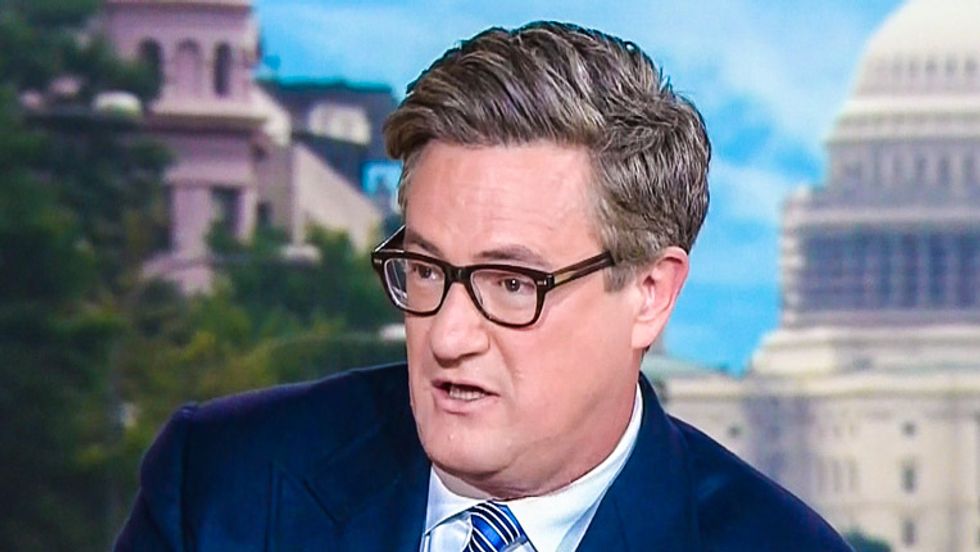 MSNBC host Joe Scarborough on Sunday suggested that problems in the Secret Service, the IRS scandal, and the ISIS threat have convinced Americans that the government cannot keep them safe from an Ebola "fire from hell" in the United States.

"I don't feel better, and I don't think most Americans feel better," Scarborough told a panel on Meet the Press. "You have everybody saying, let's stay calm. That's what the World Health Organization said back in the spring when this broke out... And we're hearing the same thing now."

Gwen Ifill tried to put things in perspective for Scarborough: "One case of Ebola in the United States, right? One. 3,000 people dead in West Africa, which we weren't talking about last week. So all of a sudden, we are panicked."

"One case is a tipping point?" she asked.

"I'm sorry," Scarborough interrupted. "It's going to such a level in West Africa, that now is when you would start to -- As Kent Brantly said, a guy who knows something about this, because he had it, said, 'This is a fire from hell. And if you think that the Atlantic Ocean is going to stop it from coming over here, you're kidding yourself.'"

"I want to disagree with Dr. Scarborough," former White House Senior Advisor David Axelrod snarked. "Tom Frieden, Tony Fauci at the NIH, these are public health professionals of world-class standing. They have no motivation to mislead the American people. They've dealt with many epidemics before many health issues before. I don't think there's a reason to believe that they're not doing what needs to be done."

"I don't understand the Dr. Scarborough comment," Scarborough later complained. "I'll be really honest with you. This is a serious issue. I'm quoting people who have Ebola, that have spent time in West Africa."

"People like you and people like us go on television and say, 'This is far worse than they're saying,'" Axelrod noted. "And people respond to it."