Don't like needles? Futuristic new pill could inject drugs directly into your gut 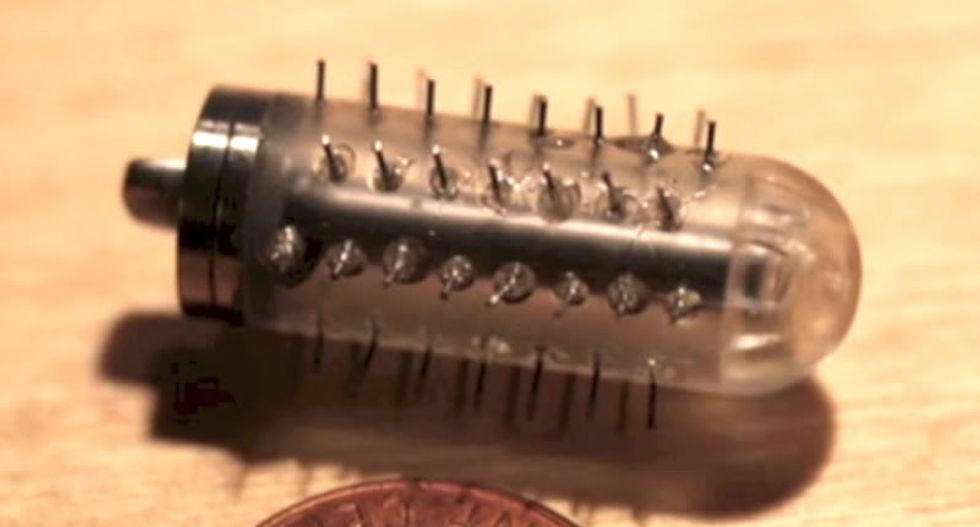 Scientists at the Massachusetts Institute of Technology (MIT) and Massachusetts General Hospital (MGH) have designed a capsule that can deliver drugs more efficiently and effectively than injections under the skin -- by injecting the drug directly into the lining of the gastrointestinal (GI) tract.

Based on studies of what happens when people accidentally ingest sharp objects, the team of researchers wondered what would happen if a person were to swallow a pill coated with short needles. Because there are no pain receptors in the GI tract, the injections would be painless.

Moreover, it would be capable of delivering medications that could not normally be administered orally, such as drugs used to treat cancer and autoimmune disorders.

"This could be a way that the patient can circumvent the need to have an infusion or subcutaneous administration of a drug," Giovanni Traverso, one of the lead authors of the study, told MIT News.

The problem with many cancer and autoimmune drugs, according to another of the study's authors, Carl Schoellhammer, is that "before they even would be absorbed, they’re degraded in your GI tract by acids and enzymes that just eat up the molecules and make them inactive."

The prototype capsule they designed is approximately two centimeters long and one centimeter in diameter. It contains a drug reservoir, to house the therapeutic payload, and a pH-responsive coating covering tiny, stainless steel needles. Once in the intestinal track, the coating would dissolve, and the contraction of the intestinal muscles would push the medication out of the reservoir and into the needles, which would then inject it into the tissue.

The researchers tested their prototype in pigs with an insulin payload, then measured the drop in the animals' blood-glucose levels. The prototype caused a drop that researchers called "far superior" to traditional injections.

"The kinetics are much better, and much faster-onset, than those seen with traditional under-the-skin administration," Traverso said. "For molecules that are particularly difficult to absorb, this would be a way of actually administering them at much higher efficiency."

Watch an explanatory video about the device via MIT's YouTube channel below.