During Clay Aiken debate, GOP rep. claims US was 'founded on' man-woman marriage 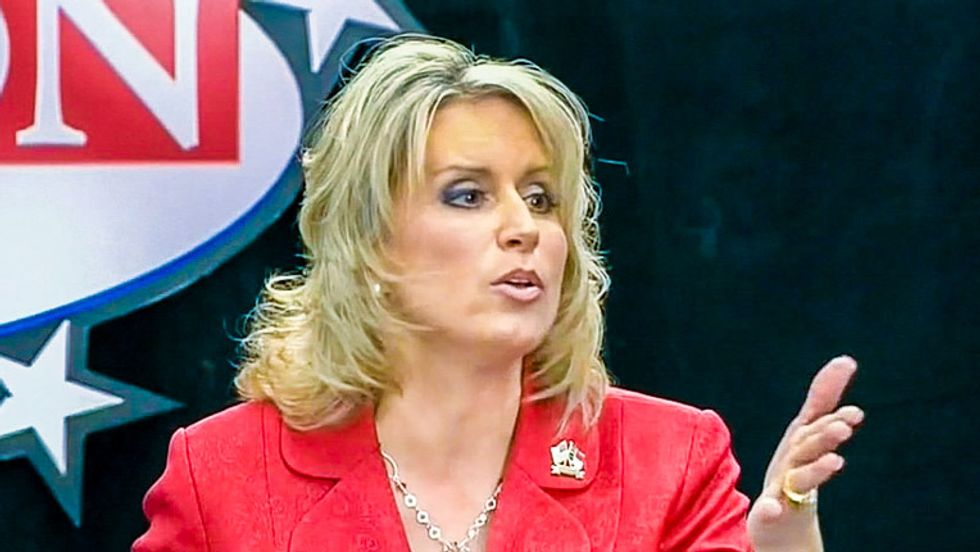 Republican Rep. Renee Ellmers (R-NC) on Monday said that she opposed marriage rights for LGBT people because the country was "founded on" marriage between a man and a woman.

During a debate with Clay Aiken, the Democratic nominee for North Carolina's 2nd District, WRAL's David Crabtree pointed out that the Supreme Court had refused to hear a challenge to rulings that legalized same-sex marriage in five states. The decision also put six other states -- including North Carolina -- one step closer to having marriage equality.

Ellmers admitted that she could not predict if same-sex marriage would eventually be legalized in North Carolina.

"I don't have a crystal ball," she said. "I've been very strong on this issue, and there again, a state's issue. One that the federal government -- although I do support defense of marriage between one man and one woman. I believe that's what our country is founded on."

But she added that government could be "too intrusive in all of our lives."

"So when it comes to civil unions, legal agreements between two individuals, I don't know how legally from a constitutional perspective we can continue to interject ourselves," Ellmers said.

For his part, Aiken said that he had been a supporter of equal marriage rights, and he was comfortable with states and appeals courts deciding the issue.

"But I do think we will have to see," the former American Idol star, who is gay, continued. "I think the Supreme Court has obviously left it in the hands of the states and the regions right now."