Florida man shoots woman in the head for 'jokingly' slapping him, police say 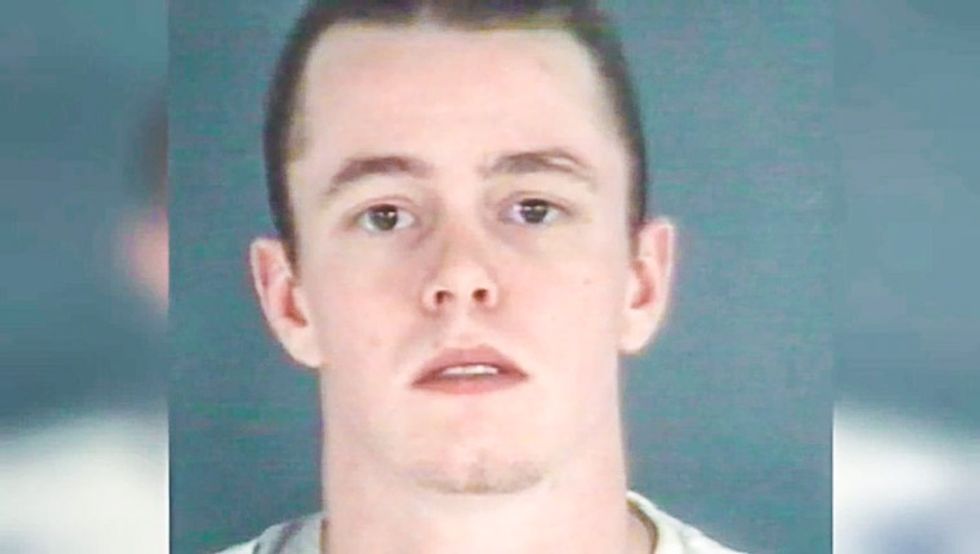 A Florida man is facing manslaughter charges for allegedly fatally shooting a woman in the head after she slapped him as a joke.

The Clay County Sheriff’s Office said that witnesses told investigators that 26-year-old Elliott William Orsborn, 26-year-old Jamie Lee Martin and others had been drinking in Martin's garage in Middleburg early Saturday morning, according to The Florida Times-Union.

Orsborn had reportedly been playing with his .22 revolver throughout the night, but the Sheriff’s Office said that he had taken the bullets out earlier in the evening.

Martin's boyfriend asked Orsborn to "just chill" after he said something that upset her.

At some point, Martin "jokingly slapped the defendant across the face," the Clay County Sheriff’s Office said. Witnesses said that Orsborn took the gun out of his shorts pocket and shot Martin in the forehead.

Martin’s boyfriend recalled that Orsborn immediately said that he did not mean to shoot the victim. After a few minutes, Orsborn fled the scene.

Martin was transported to Orange Park Medical Center, where she was pronounced dead.

Authorities later found Orsborn at his home, but he refused to talk to them without first speaking with an attorney. He was arrested on manslaughter charges, and was being held in Clay County Jail. His first court appearance was scheduled for Sunday.

Orsborn pulled a knife on a courtesy officer in 2011, and was convicted of felony aggravated assault. He said at the time that he had as many as seven shots before that incident.