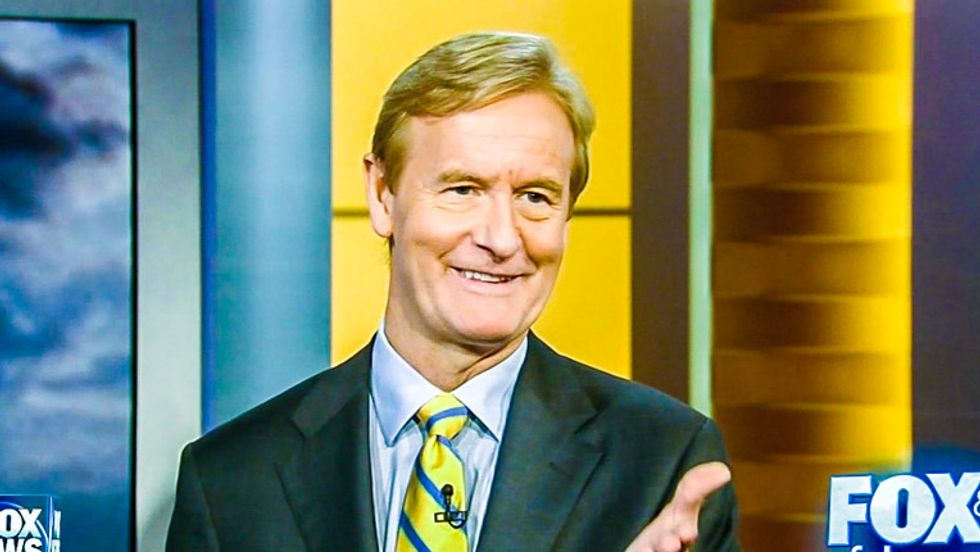 After the Houston City Council passed an ordinance that banned discrimination by city government and many types of businesses, local conservative churches complained that LGBT people were protected. Although religious organizations were exempt, pastors were especially up in arms because the transgender community were allowed to use public bathrooms that correspond to their gender.

The disagreement between the city and churches over the ordinance eventually resulted in a lawsuit by opponents of the measure. And lawyers for the city responded by subpoenaing sermons to find out what instructions pastors had given church members to fill out a petition opposing the ordinance.

Most of the signatures on the petition had been ruled invalid by the city, prompting the lawsuit.

Fox & Friends host Steve Doocy pointed out on Thursday that the mayor of Houston had defended the subpoenas by saying that sermons were "fair game" if they had been used for politics.

"Wow," Huckabee replied. "Not only is that not true, Steve, there is nothing in the Constitution that prohibits a pastor from saying anything he wants to. There's this ridiculous sort of false sword that hangs over a lot of churches, the Johnson Amendment, dating back to 1954, which I believe is unconstitutional on its face. It's never been tested. No church in America -- not one church has ever lost its tax exempt status."

Doocy remarked that the pastors were just trying to stop "men from using ladies' restrooms and stuff like that."

"But, clearly, it is intimidation," Doocy insisted. "But at its core, when you realize what they're trying to do, I am astounded at the lack of outrage across this country. Because clearly it's intimidation, and everybody should be outraged that the city mayor is trying to stifle religious liberty!"