Fox host to CDC director: Obama lied about 'things' so maybe you're lying about Ebola 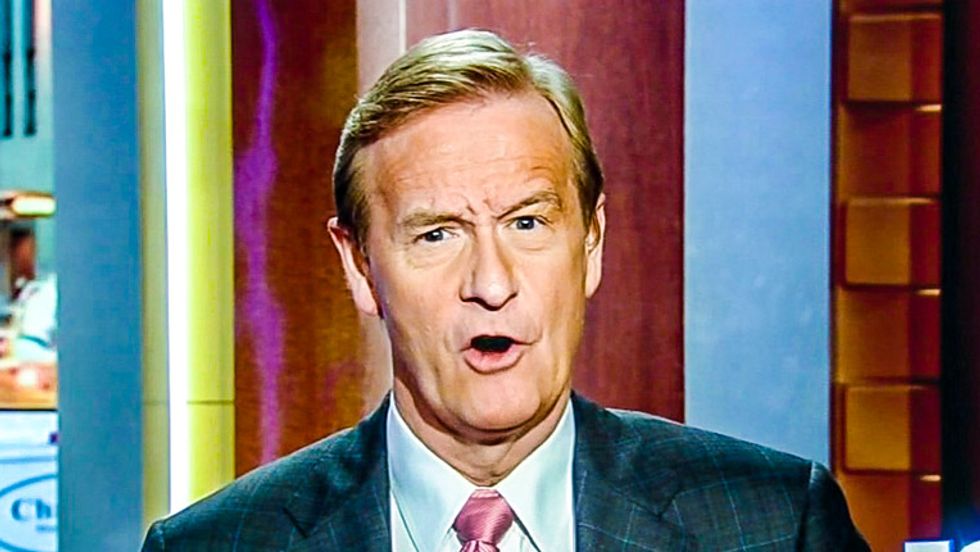 Fox News host Steve Doocy on Wednesday asked CDC Director Dr. Tim Frieden how he could be trusted to tell the country the truth about Ebola when President Barack Obama had misled Americans about "a lot of things."

Following the news that a case of Ebola had been diagnosed in Texas, Doocy told Frieden that his own daughter thought she might be at risk to contract the disease.

"I know you say the public does not need to worry about it," Doocy said. "But I've got to tell you something, my daughter works in the building directly across the street from the hospital, and I talked to her last night. She's a little freaked out."

Frieden assured Doocy that his daughter was safe because she had not come in contact with the patient.

"Let's go back and look at the plain truth of how Ebola spreads, it only spreads through someone who's sick," the CDC director explained. "And only spreads from direct contact with the person or their body fluids."

Doocy said that Fox News viewers had written in expressing doubts about Frieden and the CDC because they were "part of the administration."

"They feel that the administration has misled a lot of people on a lot of things," Doocy remarked. "Why should we believe you when you're telling us this stuff?"

Frieden replied that the CDC always was as transparent as possible when dealing with the public.

"We're going to tell you what happens, when it happens," he said. "When we don't know something, we'll tell you that as well. We level with people because that's the most important way, that's the most effective way to get the information across and to get people to understand what we need to do."

"And the fact is, what we need to do here is to trace every one of the contacts carefully," Frieden added. "And more broadly, help stop it in Africa for not just their sakes, but for ours."