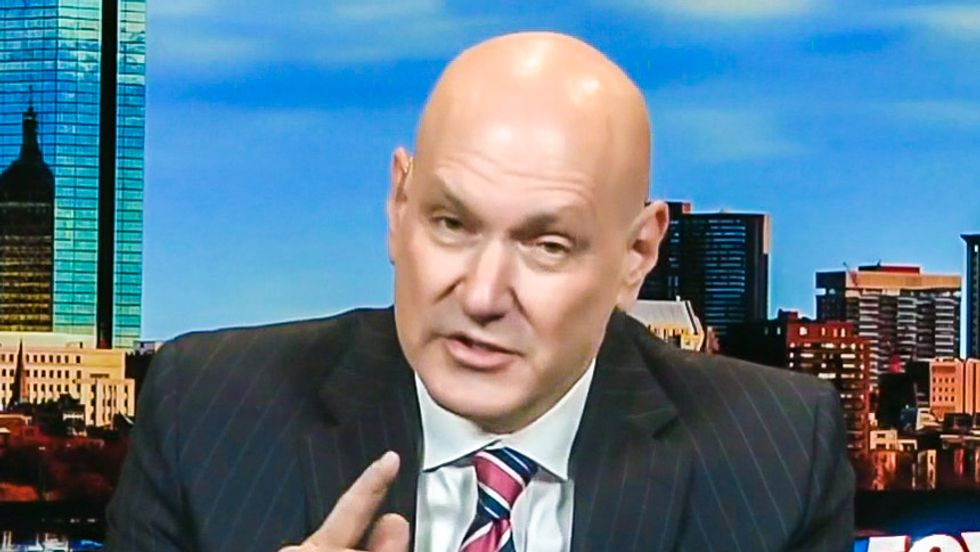 Fox News resident psychiatrist and Medical A-Team member Dr. Keith Ablow on Wednesday explained why he had called for an "American jihad" to exercise the "God-given right" to spread Western values.

In a FoxNews.com column published on Tuesday, Ablow said that he had read that jihad meant a "war or struggle against unbelievers" and decided that "it's time for an American jihad."

"An American jihad would embrace the correct belief that if every nation on earth were governed by freely elected leaders and by our Constitution, the world would be a far better place," he wrote. "And we would embrace the certain knowledge that history will eventually spread our values all over the globe."

Ablow said that his plan would use "donations" from the American people to double the CIA budget and to "fund an international mercenary force for good."

"We would accept the fact that an American jihad could mean boots on the ground in many places in the world where human rights are being denigrated and horrors are unfolding," he warned. "Because wherever leaders and movements appear that seek to trample upon the human spirit, we have a God-given right to intervene — because we have been to the mountaintop of freedom, and we have seen the Promised Land spanning the globe."

During a Wednesday appearance on Fox & Friends, host Anna Kooiman worried that Muslims might confuse the "God-given right" that Ablow had claimed with their god.

"The folks that are saying Allahu Akbar are worshipping are far different god than the god that I worship, and they also have a history for hundreds of years of having a completely different set of government," she noted. "So, will they understand this language that you propose?"

"I think cancer understands chemotherapy," Ablow replied. "And ISIS should understand an America re-emboldened, and throwing off the terrible sort of backlash that President Obama represented when he told us to be embarrassed of our national character, to believe that we don't build our businesses."

"With an American jihad, every business that is built is an offering, every tax dollar is a tithing," he continued. "To what? To the march of liberty here and around the world."

"We're aligned with something called The Truth, and we should be proud of it. And we should act on it."