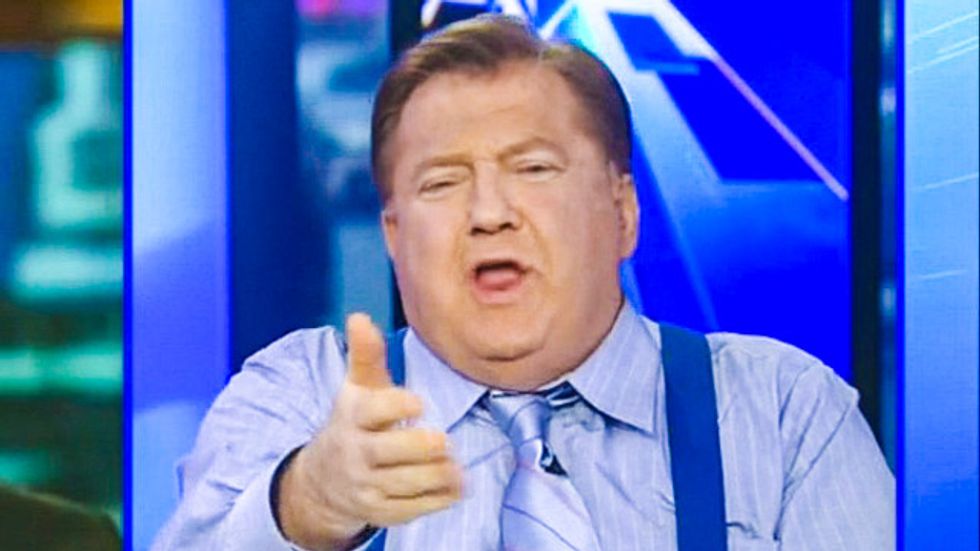 Roberts was filmed walking through Manhattan for 10 hours and catcalled by men seemingly constantly.

But Beckel's male co-panelist, Eric Boller and Greg Gutfeld, argued that the majority of remarks aimed at Roberts in the video were actually complimentary.

"There were, probably, no doubt jerks in there," Gutfeld said. "But you can't throw all men into a pile."

"She's a good-looking babe," Beckel interjected. "Wouldn't you say something?"

Gutfeld also argued that the video was "classist."

"My initial approach to my wife was very clumsy," he explained. "Most men who are approaching women who are generally interested in you and want to talk to you are clumsy. They'll be at a bar and say, 'Hey how are you?' 'What's going on?' And it's silly. She is finding fault with men on the street saying hello to her, which may in fact be their only way of contacting women."

While fellow panelist Dana Perino said she almost never hears catcalls when she walks through the city, Kimberly Guilfoyle did not express surprise at what Roberts encountered over the 10-hour period.

"I think there's men that are quite nice and appropriate," Guilfoyle said. "I'm telling you: walk around New York City, if [I] don't have a jacket on, walk down in my Fox News dress, forget about it."

Last month, a Fox guest's defense of street harassment was blasted by the Daily Show's Jessica Williams, who rebuked the idea of "nice" catcallers.

"If she doesn't smile he might tell her to smile," Williams said at the time. "If she tells him to leave her alone, he might call her a bitch and I know he thinks he’s different, that he’s classy, he’s charming, but since going to work isn't a performance, we're not looking for applause."

Watch the discussion, as posted online by Media Matters, below.