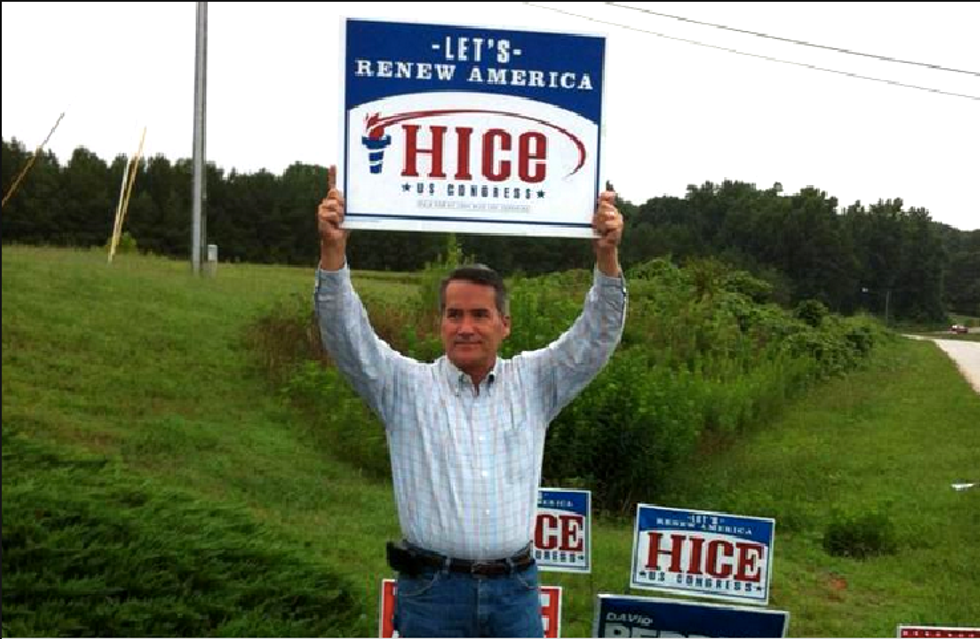 Georgia Republican Congressional hopeful Jody Hice said on his radio show on Thursday that Supreme Court Justice Antonin Scalia was correct in remarks he made recently regarding faith in U.S. society.

In a speech at Colorado Christian University, Scalia said that not only is government endorsement of religion constitutional, but that it is in the country's best interests to adhere to Biblical law.

“I think the main fight is to dissuade Americans from what the secularists are trying to persuade them to be true: that the separation of church and state means that the government cannot favor religion over non-religion,” Scalia said to the heavily Christian audience.

Americans, said Scalia "honor God" in our Pledge of Allegiance and at many of our public ceremonies.

“There’s nothing wrong with that,” the Reagan-appointed justice said. “It is in the best of American traditions, and don’t let anybody tell you otherwise. I think we have to fight that tendency of the secularists to impose it on all of us through the Constitution.”

Hice wholeheartedly endorsed Scalia's remarks, in spite of the fact that the words "under God" were not added to the U.S. Pledge of Allegiance until it was more than 60 years old and in spite of the Constitution's First Amendment's Establishment Clause, which explicitly forbids the U.S. government from endorsing any religion.

"To be in the midst of a fight against secularists who are trying to impose on all of us that it is unconstitutional to acknowledge God and to honor God," said Hice, "the secularists want to tell us that that's unconstitutional. And Scalia is arguing that not only is that, in fact, constitutional, but it is in the best interests of who we are."

"One of the biggest dangers that we are facing today," Hice continued, "is judges who think that the Constitution is some sort of living document that changes with the times."

This is a problem, Hice said, because for Americans to view the Constitution through "the lens of secularism" is not what God intended.

"Folks, that is problematic, that is an enormous danger," said Hice.

"When it comes to the idea of religious liberty," he said, "it is not constitutional for the state, if you will, just to be neutral towards religion."

"Government has a responsibility to encourage religious belief," he concluded, "because that is is the foundation, as I said earlier, of how limited government can exist."

Audio of Hice's remarks is embedded below via YouTube: