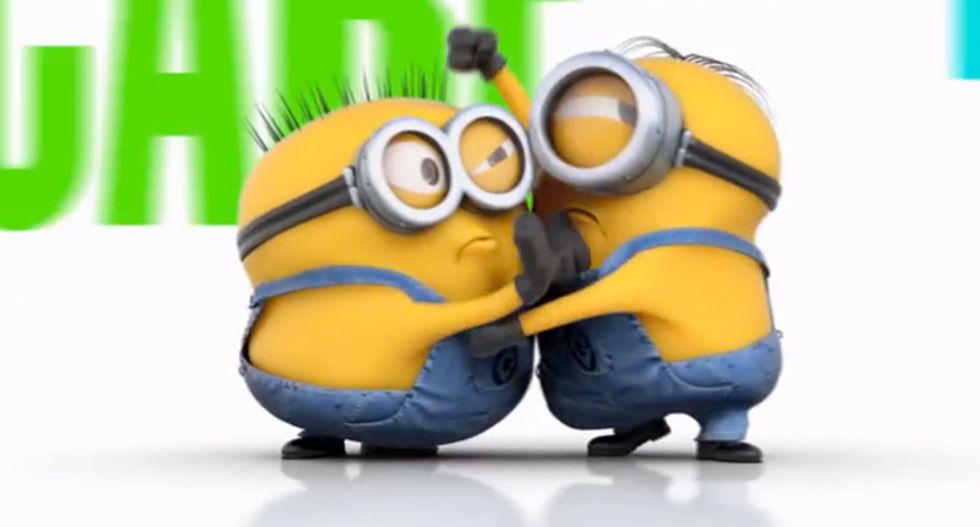 Screenshot from Pharrell Williams' "Happy" from Despicable Me2 (YouTube)

From its roots in rap, graffiti, DJing and breakdancing in the Bronx borough of New York in the 1970s, hip-hop has grown to become a global cultural and commercial powerhouse. But now UK researchers believe they have found a new use for it: as a treatment for mental illnesses such as schizophrenia and depression.

The group says that hip-hop provides individuals with a sense of empowerment and self-knowledge that could be exploited to help people tackle their own psychological problems. There is an intrinsic awareness of issues connected with mental health in many forms of hip-hop art, it is argued.

To help promote the idea, neuroscientist Becky Inkster, of Cambridge University department of psychiatry, and consultant psychiatrist Akeem Sule, of the South Essex Partnership Trust, have formed Hip Hop Psych – which they describe as a social venture – to promote the use of hip-hop as an aid to the treatment of mental illness. Inkster and Sule will outline the ideas behind Hip Hop Psych next week at the University of Cambridge Festival of Ideas.

“There is so much more to hip-hop than the public realises,” said Inkster. “I grew up in the 90s during the golden era of hip-hop, when it exploded into mainstream culture. It is rich in references to psychiatric illnesses that have not been properly explored and which could be of enormous benefit to patients. We want to work with rappers, charities, medical groups and others to promote its real potential.”

Uses of hip-hop envisaged by Inkster and Sule include having patients write and rap their own lyrics as part of their therapy. It is also proposed that hip-hop could be used in teaching medical students about psychiatric illnesses.

“One technique we want to explore is to get individuals who are seeking therapy to write out where they see themselves in a year or two and to use rap lyrics to outline their future histories,” said Inkster.

“Many key rappers and hip-hop artists come from deprived urban areas which are often hotbeds for problems such as drug abuse, domestic violence and poverty, which are in turn linked to increased occurrences of psychiatric illnesses,” she added. “These problems are rooted in their language and in their songs.”

Among the songs and artists highlighted by Hip Hop Psych for their potential use in the understanding of mental illness, and their notions of empowerment, is Pharrell Williams and in particular the million-selling British No 1, Happy, which includes the lyrics:

Here come bad news talking this and that, yeah,

Well, give me all you got, and don’t hold it back, yeah,

Well, I should probably warn you I’ll be just fine, yeah,

No offence to you, don’t waste your time.

Others highlighted by Inkster and Sule include the English rapper Professor Green, whose song Lullaby focuses on his bouts of depression and how he has found ways of dealing with it, particularly after his father killed himself, while many Eminem songs, such as Stan, outline the tales of deeply disturbed youths trying to cope with society, often unsuccessfully.

“Hip-hop in general, and rap in particular, often carry messages that are much more complex than is generally appreciated,” added Inkster.

“That makes it an ideal medium for helping individuals understand their psychological problems and for finding ways to deal with them.”

Rep. Zoe Lofgren (D-CA) couldn't help but note that the Republicans that took over the House of Representatives don't have much of a leg to stand on when it comes to their conspiracies.

"Well, it doesn't feel good that my colleagues who had information that the committee needed basically blew off a subpoena that the committee sent that was duly authorized," Lofgren said. "So, that is not positive. We referred that matter to the Ethics Committee. But it doesn't make them look particularly eager to uphold the law when they have defied it."