If the Large Hadron Collider made music, this is what it would sound like: physicists 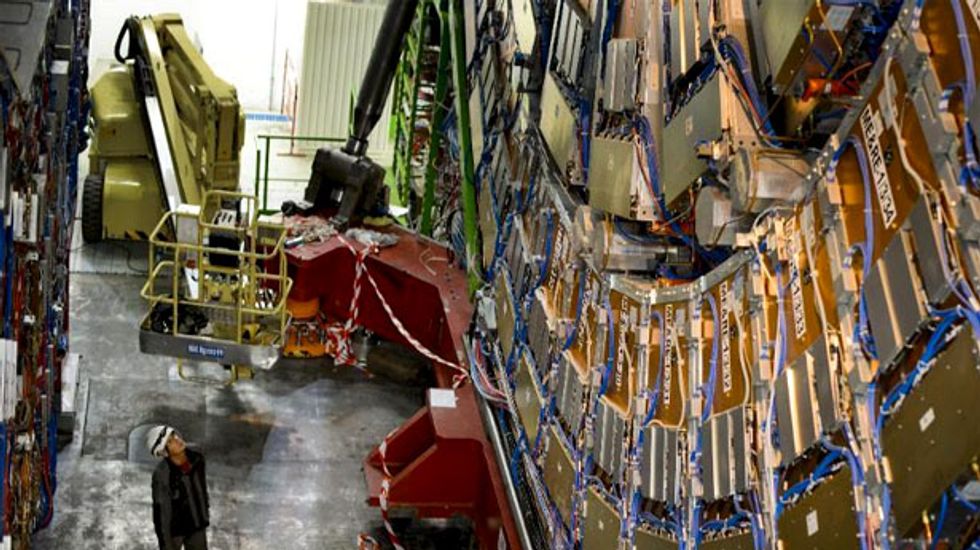 Helping scientists to discover the Higgs boson was, it seems, just one of the Large Hadron Collider’s talents. It turns out that CERN’s particle accelerator can write a decent tune too.

Seven physicists from the facility have proved it by translating data collected by the Large Hadron Collider’s four experiments – ATLAS, ALICE, CMS and LHCb – into music using “data sonification” technology.

What’s more, they then gathered at the facility to play the results on real instruments, in a video commissioned to celebrate the 60th birthday of CERN, the European Organisation for Nuclear Research.

The project was a collaboration with European research network GÉANT, whose arts and humanities manager Domenico Vicinanza handled the translation process from scientific data to musical notes.

“I hoped it would be be a metaphor for scientific collaboration; to demonstrate the vast and incredible effort these projects represent - often between hundreds of people across many different continents,” said Vicinanza, as the video was published on YouTube.

“Networks are the invisible glue that keeps data and collaboration working together, enabling scientists to exchange measurements, tools and experiences wherever they are.. And just as the magic happens when the instruments are playing together: the music played by each single players is the foundation for the others.”

The participating scientists included Pippa Wells (who played the piece based on her research data on a violin); Mathieu Baudin (harp); Diego Casadei (clarinet); Antonio Uras (piano); Chiara Mariotti (flute); Piotr Traczyk (guitar); and Paula Collins ( Higgs bassoon violin), with their playing featured individually and as ensembles in the video.