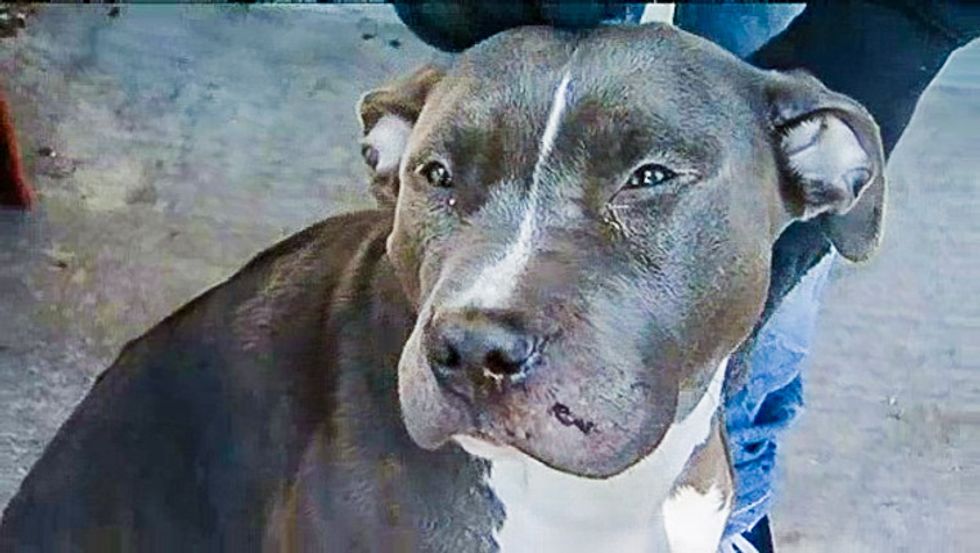 A mother in Berkeley, Illinois was given a citation after police shot her dog in front of her two young children.

Gina Marie Stone told WMAQ that the shooting happened while her children, ages 4 and 5, were playing outside on Friday.

“When I was putting daughter’s clothes away I heard like a noise,” she recalled. “The kids came in running like ‘The cops shot Rayleigh, they killed Rayleigh.'"

Neighbor Wanda Williams said that she was shocked that Berkeley police would shoot a dog with children nearby.

“What startled me even more is that these babies were right there by the cops,” Williams explained.

Berkeley police spokesperson Sgt. Justin Patti insisted that the officer was forced to shoot the animal because it "lunged at him."

“It was reported by one of the callers that called our station that [the children] were using conduit pipe, sticks, chasing after the dog and hitting it,” Patti said.

“The dog actually became aggressive towards the officer, lunged at him, got within close proximity and the officer had to protect himself,” he added.

Rayleigh survived the shooting, and was recovering after police reportedly transported the dog to a nearby animal hospital. As of Sunday, vet bills had already reached $350.

Stone was given a citation for having a “vicious dog at large without tags.” Officials said that additional charges were possible.