Jon Stewart mocks Mitch McConnell: He still has to buy friends and likeability 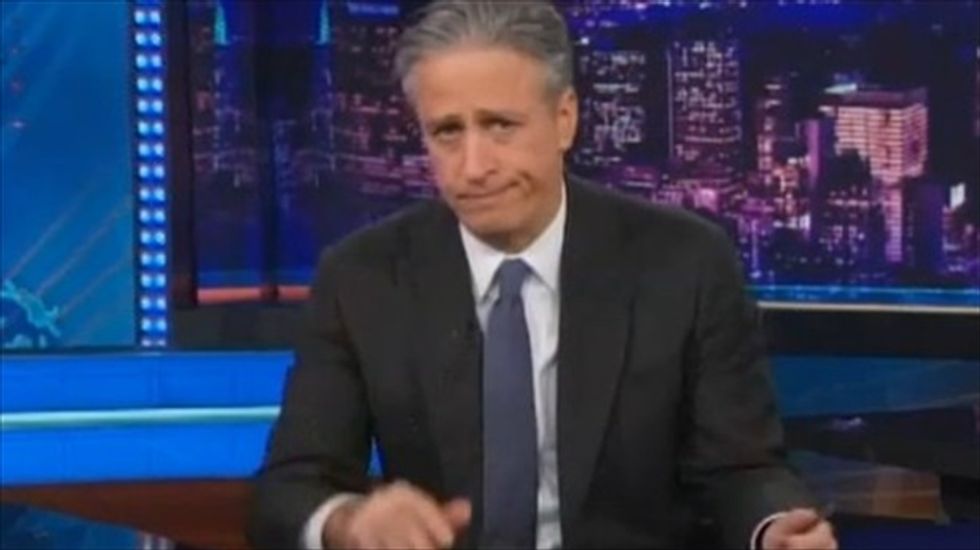 Instead of hiding from President Barack Obama, Jon Stewart said on Tuesday night's Daily Show, Democrats need to ask themselves why they're mired in tight election races with the likes of Scott Brown and Sen. Mitch McConnell (R-KY).

Stewart pointed out that McConnell's campaign had to put out an open call for people willing to be bussed to campaign stops and "help contribute to an enthusiastic atmosphere." Volunteers reportedly got a free hotel stay and food out of the deal.

"This guy's been in the Senate for 30 years," Stewart said. "He's about to be the most powerful Republican in the Senate. He's still gotta buy friends and manipulate his likeability."

The sight of McConnell hanging around a bunch of bloodhounds in a new campaign ad, however, prompted Stewart to unleash his impersonation of the senator.

"It turns out, even through linen pants, a bloodhound's tongue feels pretty good on the testicles," Stewart-as-McConnell observed.

But despite accusing McConnell of "buying enthusiasm," Stewart noted, Democratic challenger Allison Lundegan Grimes was expending too much effort distancing herself from Obama and refusing to say whether she voted for him in 2012.

"That looked like a deposition from a murder trial," Stewart said after playing footage of Grimes' deflections.

Meanwhile, Stewart couldn't believe that Sen. Jeanne Shaheen (D-NH) was in a statistical tie with Brown, even after Brown -- who only moved to New Hampshire two years ago -- told the Associated Press, "Do I have the best credentials? Probably not. 'Cause, you know, whatever. But I have long and strong ties to this state."

"Shaheen's tied with that guy -- that guy," Stewart said of Brown. "But that's where the Democrats are at: neck-and-neck with a Republican who admits he's not the best candidate running for the Senate in a state he's not from on an issue he ignored when he was a senator from a different state."