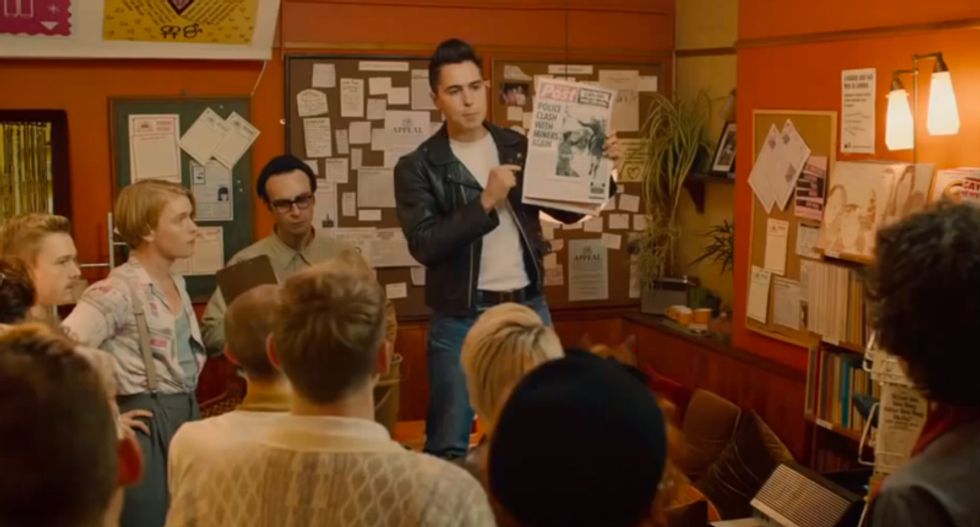 US censors have once again been accused of homophobia after British drama Pride was hit with a restrictive rating.

The Motion Picture Association of America (MPAA) handed the Cannes film festival hit an NC-17, which means no one under the age of 17 can legally view it in cinemas. The move prompted fury from campaigners and fans of Matthew Warchus’s film, which tells how gay and lesbian activists threw their support behind a Welsh mining community during the strike of 1984. “It is outrageous, knee-jerk homophobia,” said Peter Tatchell. “There’s no significant sex or violence in Pride to justify strong ratings. The American classification board seems to automatically view any film with even the mildest gay content as unfit for people under 17.”

In August the MPAA came under fire after Love is Strange, a film about two older gay men which features no sex, nudity or violence, was handed a restrictive R rating (meaning US cinemagoers under the age of 17 cannot view it without an accompanying adult).

According to the MPAA’s own ratings guide, its decision means censors regard Pride as “clearly adult”, with children not to be admitted. The body has not given any public comment on its reasons for the move.

Pride, which won the Queer Palm award at this year’s Cannes film festival, was released in UK cinemas last month. It received a limited release in US cinemas last weekend.