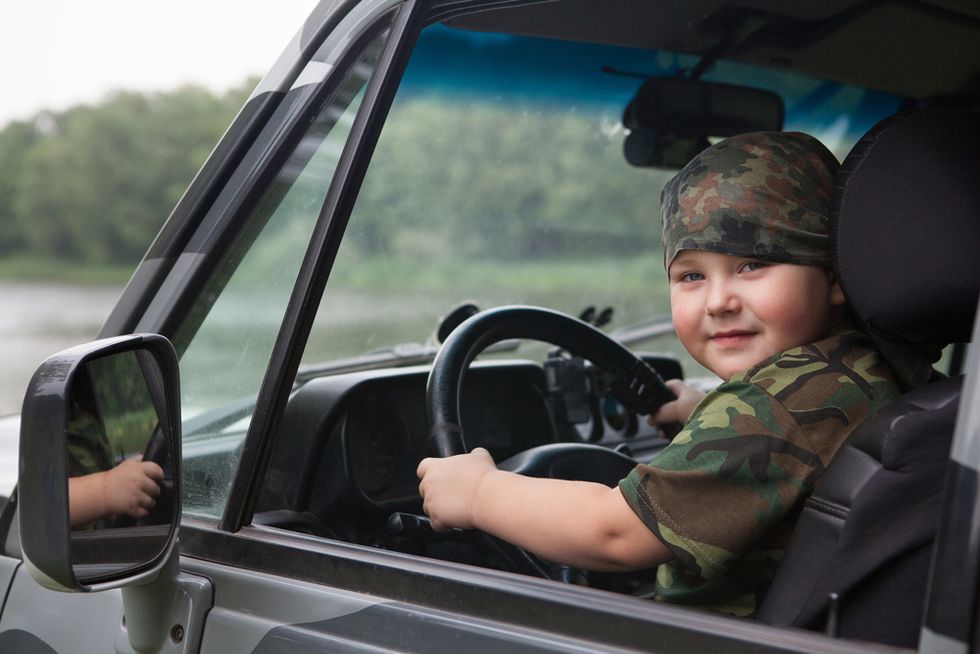 A 46-year-old Pennsylvania man is facing charges after his 8-year-old son drove their SUV into a tree.

According to The Smoking Gun, Frank Gordon Conway was too drunk to drive his 2014 Jeep Grand Cherokee last Aug. 4. So, setting the boy on his lap, Conway told the boy to drive them home.

Court records say that the boy told police that he "drove in the yard, on the street and in the parking lot of the V.F.W. before re-entering the yard and hitting the wrong pedal which caused him to strike a tree."

The boy suffered injuries to his face and chest from the collision. Conway -- who was visibly intoxicated -- told police that he "didn't see the problem" with letting his son take the wheel.

Officers arrested him on several criminal counts including misdemeanor child endangerment and reckless endangerment. Conway is due in court on Nov. 19.