Progressive activists: We were identified and threatened during Rafael Cruz speech 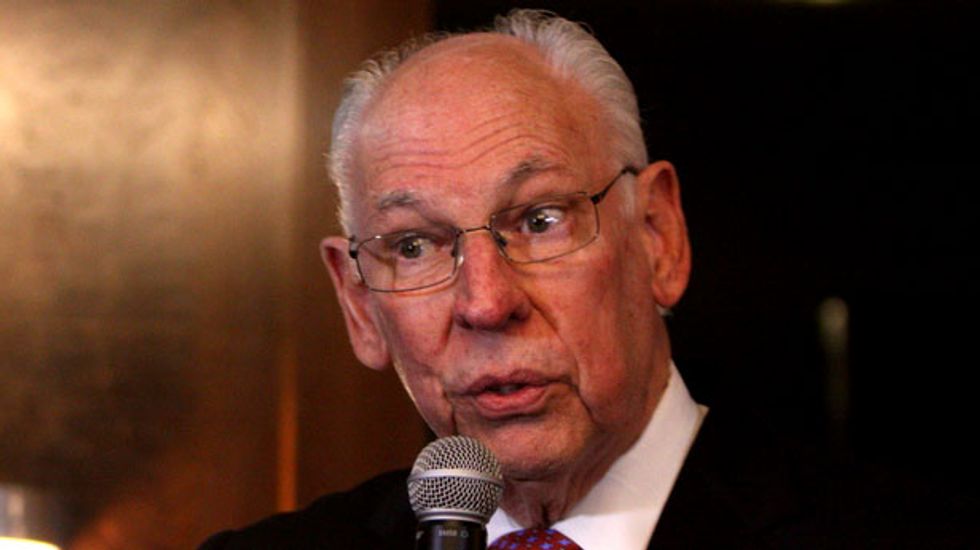 A member of the progressive activist group Americans Against The Tea Party (AATTP) was allegedly threatened after being singled out by Tea Party activist Rafael Cruz during a speech late last month in Ohio.

According to the group, Cruz identified John Prager and another member while Prager was filming his Sept. 30 appearance in St. Clairsville, Ohio, telling supporters not to talk to them.

"Cruz also singled them out for anyone who wanted to do something about their presence -- despite a wink and nod explanation that they shouldn't," AATTP's Josh Kilborn wrote.

Footage posted online on Thursday shows Cruz speaking while Prager is talking to another man.

"Hey, how's that Benghazi investigation working out?" Prager can be heard asking from behind the camera. It is shortly after this remark that Prager says he was shoved by a second unidentified man who told him, "Show a little respect."

Prager turns the camera toward the man and asks, "Do you feel it's appropriate to come up and shove somebody who expresses a different opinion?"

"You don't need to be talking like that to people," the man replies, before backing away and motioning for Prager to stop filming him.

Seconds later, the man says, "If you don't get that camera off me, I'm gonna knock it out of your hands."

"Turn the camera around," the man says, before motioning to police. According to Prager, police told the man that he had a right to film because they were in a public space.

In the background, Cruz can be heard leading the audience in a pledge "to restore righteousness to America," while the man asks officers to "keep him away from me, before I take that camera off his hands and do something bad." The group argues that the man also threatened to "up [Prager's] ass."

After a few seconds, officers flank the man, before he turns and walks away from Prager at the conclusion of Cruz's remarks.

Watch the confrontation, as posted online on Thursday, below.