Researchers: Climate change made 35,000 walruses beach themselves in Alaska 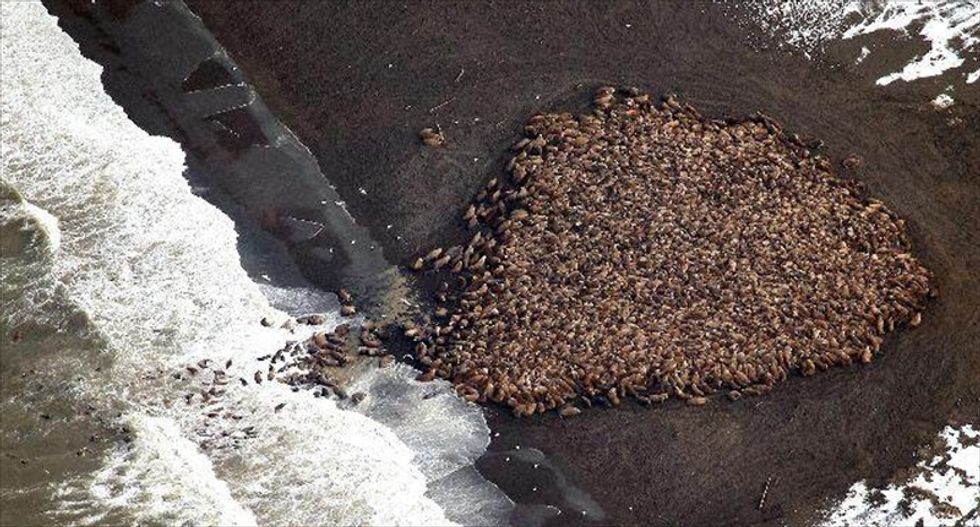 At least 35,000 walruses have beached themselves on a remote Alaskan coastline in a phenomenon blamed on the melting of arctic ice due to climate change, experts said on Wednesday.

Initially there had been only 1,500 of the tusked pinnipeds counted on one beach, but in recent days that number has exploded.

"Our best estimate is almost a 24-fold increase," said Megan Ferguson of the Aerial Surveys of Arctic Marine Mammals.

The walruses "are hauling out on land in a spectacle that has become all too common in six of the last eight years as a consequence of climate-induced warming," the US Geological Survey (USGS) said in a statement.

Beaching on land makes young walruses more susceptible to death by trampling, the agency said, adding that walruses would normally haul out on ice nearer to rich feeding grounds.

The USGS said summer sea ice is retreating far north of the continental shelf waters of the Chukchi Sea, which is in US and Russian waters, "a condition that did not occur a decade ago.

"To keep up with their normal resting periods between feeding bouts to the seafloor, walruses have simply hauled out onto shore," it added.

Ferguson noted that more brown bears than previously estimated were also spotted on the same stretch of coastline, while gray whales that had swum in the area up to the 1990s have disappeared.