Salman Rushdie slams 'Islamophobe' label: It's right to be hostile to extremism 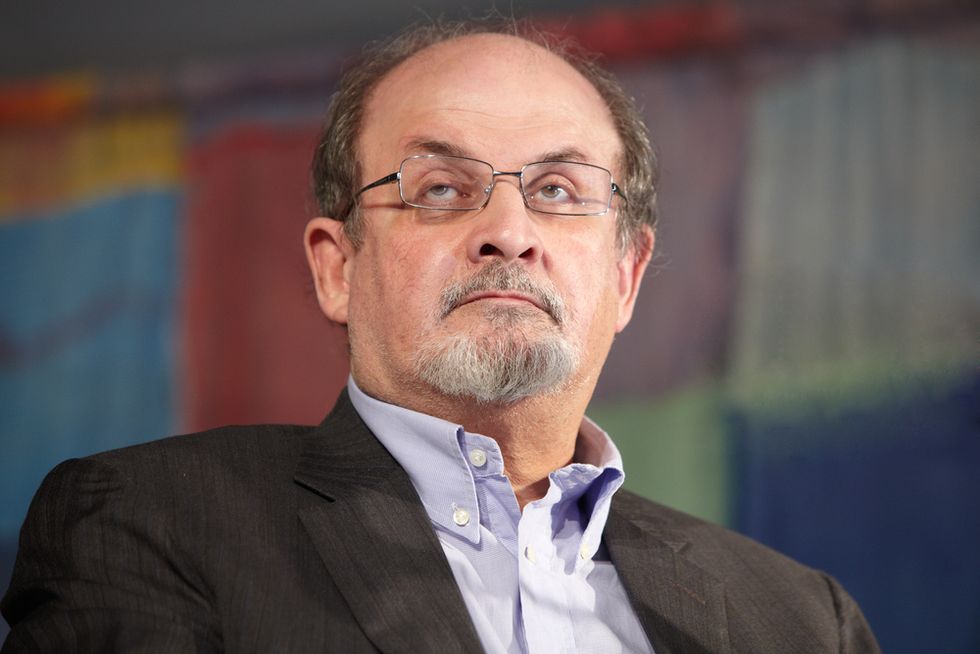 In a speech denouncing the Islamic extremist group ISIS (the Islamic State in Iraq and Syria) and the "hate-filled rhetoric" of Islamic extremism, author Salman Rushdie warned that the world must come to grips with what he called "a new age of religious mayhem" perpetrated by Muslim fanatics.

U.K. news daily The Telegraph reported that Rushdie was addressing the audience at the PEN/Pinter Prize lecture, where he was honored for his achievements in literature. His 1989 book The Satanic Verses was considered blasphemy by hardline Muslims and as a result, Iran's Ayatollah Khomeini declared a fatwa on Rushdie's life, meaning that by the dictates of the Muslim faith, the author must be killed.

Rushdie spent several years in hiding from zealots and fanatics who were out to silence him. Now, he said in his speech at the British Library on Sunday night, he sees young British Muslims being seduced by what he called "jihadi-cool" and worries that they will be used as foot soldiers to the nascent ultra-extremist movement forming in Syria and its neighbor Iraq.

In addition to grisly videos of beheadings and televised diatribes against the west, ISIS and its sympathizers have turned to rap videos and Internet screeds. Rushdie sees these recruitment tools as encoded hate speech designed to pull in the disaffected.

"It's hard not to conclude that this hate-filled religious rhetoric, pouring from the mouths of ruthless fanatics into the ears of angry young men, has become the most dangerous new weapon in the world today," he said.

"A word I dislike greatly, 'Islamophobia', has been coined to discredit those who point at these excesses, by labeling them as bigots," he went on. "But in the first place, if I don't like your ideas, it must be acceptable for me to say so, just as it is acceptable for you to say that you don't like mine. Ideas cannot be ring-fenced just because they claim to have this or that fictional sky god on their side."

"In the second place," he said, "it's important to remember that most of those who suffer under the yoke of the new Islamic fanaticism are other Muslims."

"It is right to feel phobia towards such matters," Rushdie declared. "As several commentators have said, what is being killed in Iraq is not just human beings, but a whole culture. To feel aversion towards such a force is not bigotry. It is the only possible response to the horror of events."

"I can't, as a citizen, avoid speaking of the horror of the world in this new age of religious mayhem, and of the language that conjures it up and justifies it," he said.

Other religions have their fanatical branches, the author allowed, but insisted that "the overwhelming weight of the problem lies in the world of Islam, and much of it has its roots in the ideological language of blood and war emanating from the Salafist movement within Islam, globally backed by Saudi Arabia."