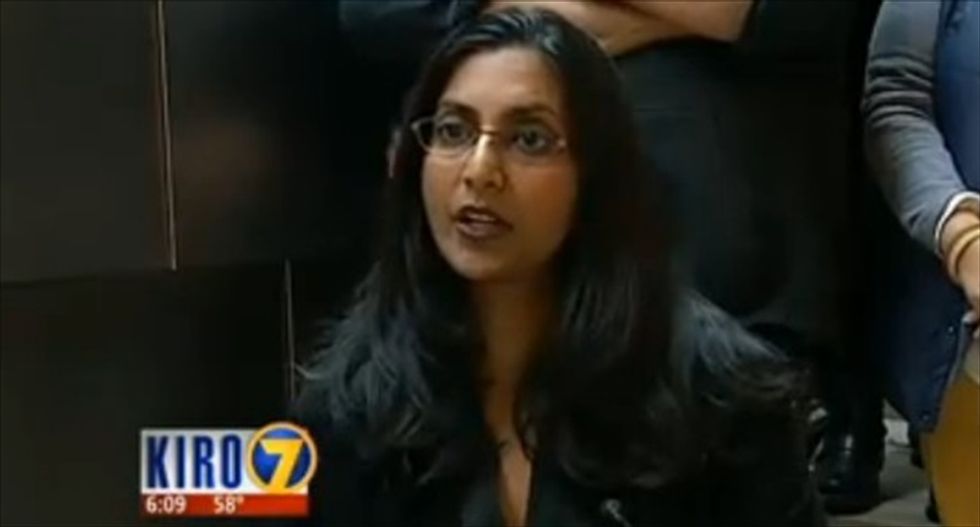 "What a brazen display of corporate favoritism," Sawant said during a public statement. "It is no wonder that the budget, year after year, is completely out of touch with the economic problems faced by everyday people."

Sawant criticized the council for stopping deliberations on the city's upcoming budget to take part in the retreat this week at a "luxury resort" in the nearby community of Cle Elem.

She said in a separate release that seven of the city's top elected officials would be attending the event, which will cost the city $10,000. The retreat has reportedly been an annual council event since 1987.

"Elected officials will be there with the CEO of Alaska Airlines and the CFO of Boeing, among others," Sawant stated. "For the entire week, all Council meetings are suspended so that elected officials can hobnob with lobbyists and executives from some of the biggest corporations and businesses. Such networking by elected officials with big business is nothing other than service provided in return for campaign funds, while ensuring future career opportunities."

Sawant, who was joined at her public appearance by members of several civic advocacy groups, also promised to hold a "people's budget hearing" at City Hall on Oct. 30.

Council president Tim Burgess, who will be attending the retreat, defended the council's decision.

The council will host a public hearing on the budget next week.

Sawant was elected to the council last November, making her the first Socialist Party member to hold office in Seattle in 50 years.

Watch KIRO's story on Sawant's accusation, as aired on Wednesday, below.