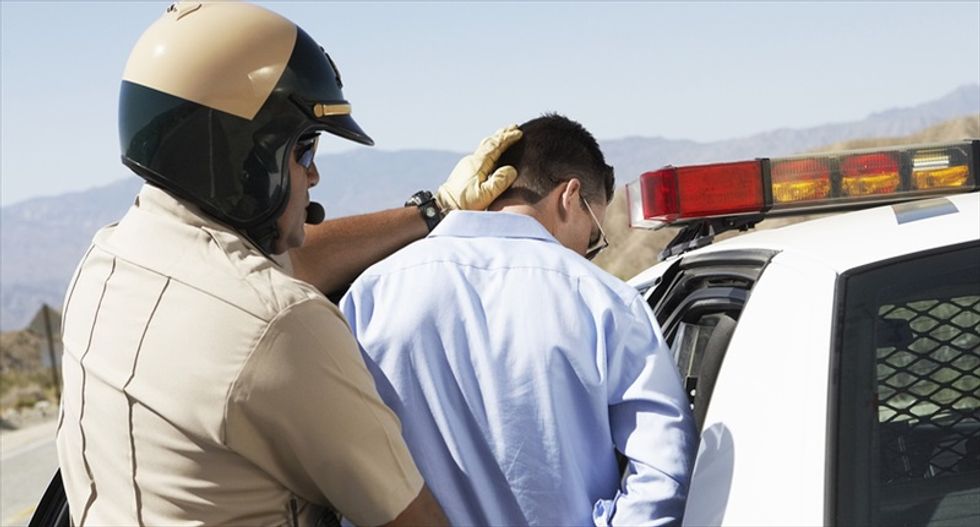 A study by a grassroots group in Arizona has found that one Customs and Border Protections checkpoint about 25 miles from the border racially profiled Latinos, targeting them 20 times more often than other drivers.

According to KGUN, the group "People Helping People" has logged 100 volunteer hours since initiating the checkpoint monitoring effort near Arivaca in February.

The group said Latinos were 20 times more likely to be flagged for secondary searches than other groups. But the group never observed agents taking anyone into custody or seizing any contraband.

Carlota Wray, who is a naturalized citizen, told KGUN that she was searched so many times that she avoided the checkpoint.

And Deborah Seat said that she was detained for 45 minutes.

"It was awful," Seat recalled. "I never knew why."

The Border Patrol responded by saying that it did not "tolerate racial profiling or agent misconduct and appropriately investigates allegations of wrongdoing."

But it also refused to shut down the checkpoint, calling it "a critical enforcement tool for carrying out the mission of securing our nation's borders."