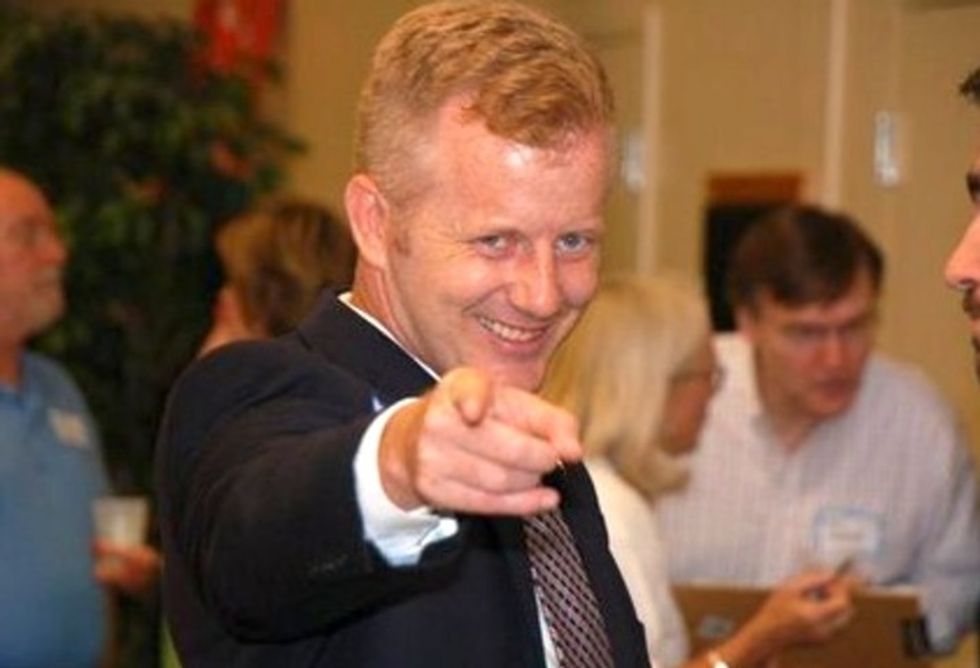 A lame-duck Republican state senator in Tennessee took to the social medium Twitter to taunt a recently laid-off journalist on Thursday.

According to Huffington Post, Cari Gervin and her coworkers at Knoxville's alt-weekly paper Metro Pulse were laid off earlier this week due to downsizing by the Pulse's parent paper, the Knoxville News-Sentinel.

When he heard the news, state Sen. Campfield -- who has a history of controversial statements -- tweeted at Gervin, "So, do YOU have any comments now?" with a winking emoticon.

Gervin has a history of reporting on Campfield's antics for the press. In the past, he has sent her a stream of "really mean, harassing text messages," she said, but for him to mock her for losing her means of making a living is "tacky and classless."

Campfield notoriously compared the website where consumers can sign up for Obamacare to the trains that carried prisoners to the Nazi death camps of World War II.

The Tea Party favorite was the lawmaker who sponsored a bill to prohibit teachers in Tennessee's public schools from discussing anything other than heterosexual relationships in the state's sex ed curriculum.

He has compared same-sex relationships to bestiality and told LGBT activist Michelangelo Signorille that HIV/AIDS came from "one guy screwing a monkey, if I recall correctly, and then having sex with men. It was an airline pilot, if I recall."

The state senator was beaten in the Republican primary earlier this year by cardiac surgeon Richard Briggs and is currently facing a defamation lawsuit by a candidate he ran against in 2008.

Gervin and her coworkers are still reeling, she said, from losing their positions.

"We are all just devastated at the loss of our paper and what that means for the community with one less reporting outlet in town," Gervin said to Huffington Post. "And for some politician to be a jerk about it is just, it's typical Stacey, but it doesn't make it any less ridiculous."