Texas police officer under investigation for pepper-spraying bystander filming him 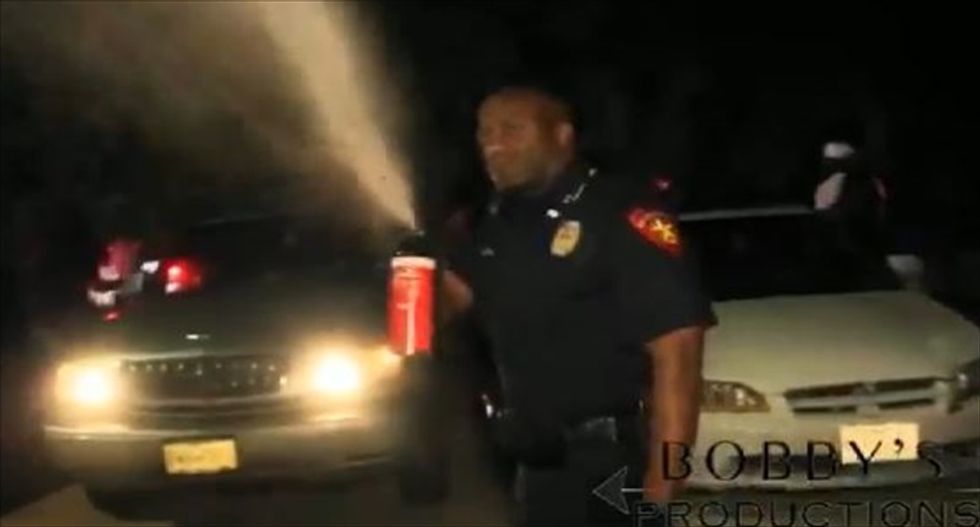 A police officer in Waller, Texas is under investigation by local and state officials for apparently pepper-spraying a local man for no reason, KTRK-TV reported.

Officer Adolphus Cannon was placed on paid leave after the resident, Bobby Hall, posted footage online of Cannon spraying him on Oct. 6. Hall, a senior at Prairie View A&M University, was filming police as they responded to a call about a disturbance involving a party nearby.

"It's what I do," Hall said. "I'm a mass communication major here at our school."

The footage shows Cannon pepper-spraying Hall, then walking away from him. There is no indication that Hall or Cannon interacted before the officer used his spray. Hall told KTRK that Cannon sprayed other people while on the scene, and later attempted to convince him not to post the footage.

Not only is Cannon's department looking into the incident, but the Waller County District Attorney's office and Texas Rangers have also joined the investigation.

"I think he should lose his job," Hall said. "I feel like I didn't do anything wrong. I was just using my First Amendment Right. I feel like he was abusing his authority."

Watch KTRK's report on the encounter, as aired on Friday, below.