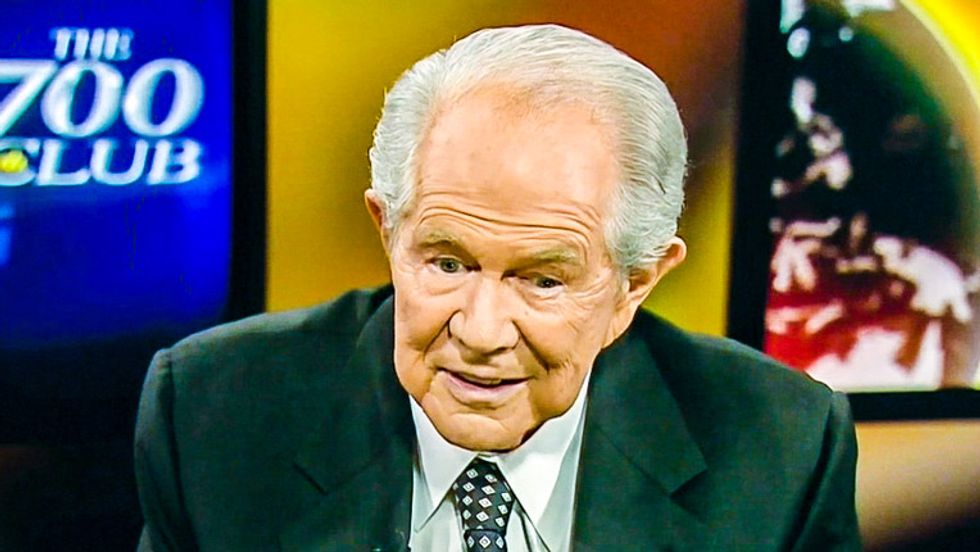 TV preacher Pat Robertson warned his viewers this week that they needed to be careful when traveling to African countries like Kenya because "the towels could have AIDS."

During the Thursday edition of The 700 Club, a viewer told Robertson in an email that God had called them to go on a mission trip to Kenya, but friends and family had said that it was dangerous because of the recent Ebola crisis.

Robertson pointed out that there was not currently an outbreak of Ebola in Kenya, but there were other problems.

"You might get AIDS in Kenya, people have AIDS, you've got to be careful," he explained. "I mean, the towels could have AIDS."

He added that other dangers in African included "various diseases" from mosquitoes, and unsterilized water.

But he also recalled that he was in Zaire during an Ebola outbreak "and there wasn't all this panic."

"It's one of those things, it's a horrible disease, but it can be contained, and it can be dealt with," Robertson observed. "But being a few hundred miles away from an Ebola outbreak means you are totally safe."

While the televangelist's Ebola advice seemed reasonable, health experts say that his assertion that towels can "have AIDS" is totally wrong.

According to the U.S. Office of Women's Health, HIV cannot be spread through "sharing food utensils, towels and bedding, telephones, or toilet seats."