Toothy crocodylomorph of the Jurassic era was 30 feet long 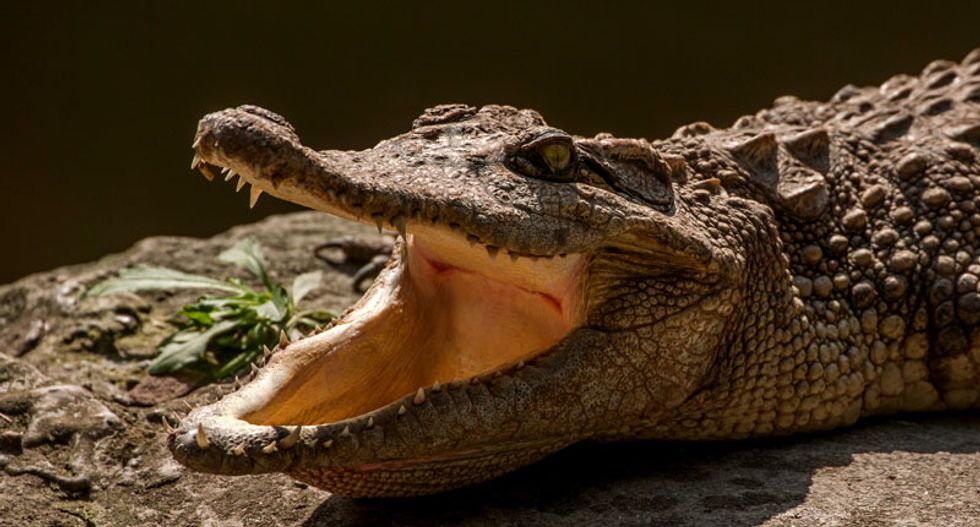 A forerunner of today's crocodiles that lurked in coastal waters and estuaries some 150 million years ago measured 9.26 metres (some 30 feet) from snout to tail, scientists reported Wednesday.

Paleontologists from half a dozen European countries took a fresh look at the classification of so-called crocodylomorphs that go by the name of Machimosaurus.

Sifting through fossils of teeth and pieces of jawbone and cranium housed in museums, they concluded that the Machimosaurus family comprised three species in Europe and a fourth in Ethiopia.

The baby of the clan, Europe's Machimosaurus buffetauti, measured an estimated 5.8 m, while the big daddy -- Machimosaurus hugii, also from Europe, was around 1.5 times the size of the longest crocodiles today at 9.26 m. The size of the Ethiopian creature cannot be reliably estimated.

The four species lived in the Late Jurassic, a period about 161 to 145 million years ago that was a boom time for crocodylomorph evolution, but they were probably not contemporaries, the investigators said.

The beasts would have feasted on turtles or hard-scaled fish, according to the study published in the British journal Royal Society Open Science.