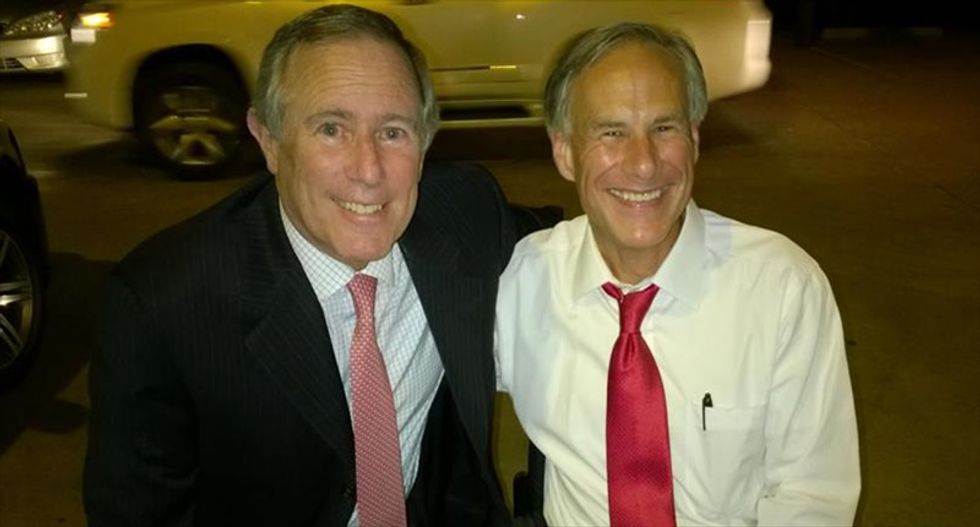 A Republican candidate for Dallas County Judge is trying to distance himself from videotaped remarks stereotyping Black voters as living on government assistance, the Dallas Morning News reported.

The footage, which was until recently posted online by the Coppell Republican Club, shows Ron Natinsky telling club members not to run candidates against Rep. Eddie Bernice Johnson (D-TX) out of concern that it would negatively impact other GOP contenders.

"We don't want to motivate her voters," Natinsky said. "What we want them to think is, 'There's no reason. She doesn't have an opponent. I don't need to go to the polls. I'll go spend my food stamp money at the grocery store, or whatever, you know, on election day.'"

Johnson has been representing the state's 30th Congressional district since 1992. According to the Morning News, not only is she the first Black member of Congress elected from that area, but her district is comprised primarily of voters of color. The 30th district also voted heavily for President Barack Obama during the 2012 presidential election.

Natinsky told the club that providing no opposition to Johnson in her district would prevent her from mounting a serious re-election campaign. That would, in turn, spare Republicans from having to have to contend with "another five or ten thousand of her people" going to the polls.

Natinsky, who is running to unseat incumbent Judge Clay Jenkins (D), backed away from the video when reached for comment.

"I haven't seen the video and don't remember what I said a year ago," Natinsky told the Morning News. "I don't see the connection between spending food stamps on food and voting."

While Jenkins did not comment on Natinsky's speech, Johnson told the Morning News she would keep urging her constituents to vote.

"There are forces, local and national, who are expecting you to sit at home," she said. "The stakes are too high."

Johnson will not face a Republican in her latest bid for re-election. Instead, she is opposed by independent candidate Eric LeMonte Williams and a Libertarian, Max Koch III.

The video was allegedly posted at the club's website following Natinsky's remarks, but made "private" after the Morning News' first reported on them. However, the newspaper reposted the footage, which can be seen below.