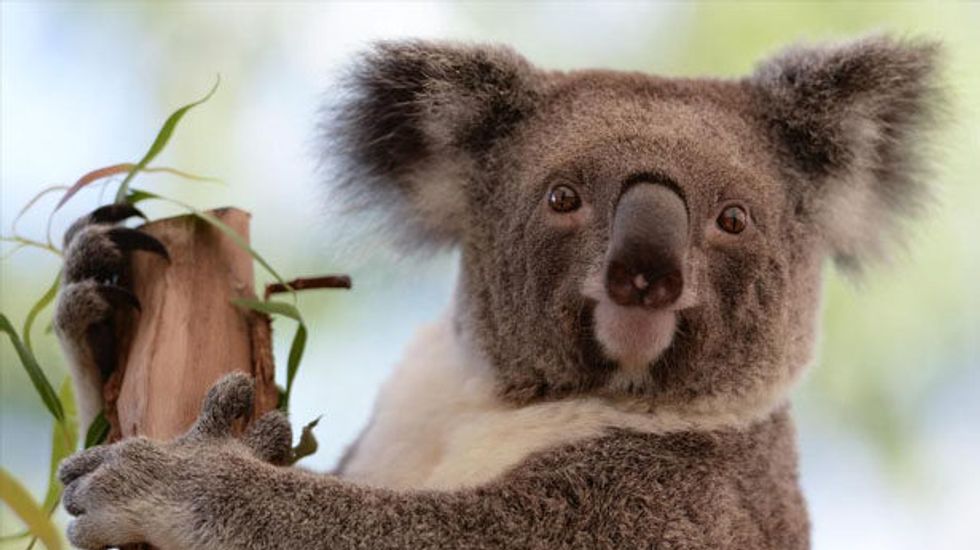 Australian scientists said Wednesday they have successfully tested a vaccine against chlamydia in wild koalas, in what they believe is a breakthrough in combating the sexually-transmitted disease ravaging the native marsupial.

The much-loved furry animal has been under increasing threat, with the government classifying it as a vulnerable species amid a plunge in population numbers from habitat loss, disease and other factors.

Microbiologists from the University of the Sunshine Coast in Queensland hope to be able to protect some of the remaining population after successfully trialling a chlamydia vaccine that they spent five years developing.

"It's all very promising and it's not just that it's doing the right thing from an immune response point of view, but it's actually protecting a significant number of them out in the wild climbing around trees," professor Peter Timms told AFP of the field trial, believed to be the first of its kind.

Chlamydia can lead to blindness, infertility and death among koalas. The risk of infertility also exacerbates the impact of other factors that are already reducing population levels.

Thought to number in excess of 10 million before British settlers arrived in 1788, there are now believed to be as few as 43,000 koalas left in the wild, though their existence high in the treetops makes them difficult to count.

In the trial, microbiologists Timms and Adam Polkinghorne gave 30 koalas the vaccine while 30 others were left unvaccinated against the disease, which is endemic in some koala populations.

All 60 koalas were fitted with radio collars so they could be monitored in their natural habitat at Moreton Bay north of Brisbane.

Of the 30 vaccinated, some were healthy, some were already infected with chlamydia, and some were showing signs of the disease, typically eye infections and reproductive tract infections.

For the trial, seven out of eight koalas suffering from eye infections who received the vaccine showed an improvement. In the unvaccinated group, four of the six koalas with eye infections saw their conditions worsen.

The researchers also found that koalas infected with the chlamydia strain who were then vaccinated did not go on to develop the full-blown disease.

He said it is crucial to stop the spread of chlamydia as the disease is one of the "tipping points" contributing to the decline of the animal. "The vaccine would actually make a difference," Timms said.

Timms hopes to continue the trial, such as through the possible vaccination of entire communities of koalas -- about 50 to 100 animals each -- in areas where they could be at risk.

Koalas temporarily admitted to sanctuaries or hospitals could also be vaccinated before they are returned to the wild.

"We hope to specifically show a positive effect of the vaccine on disease, not just infection, as well as female reproductive rates," Timms said.