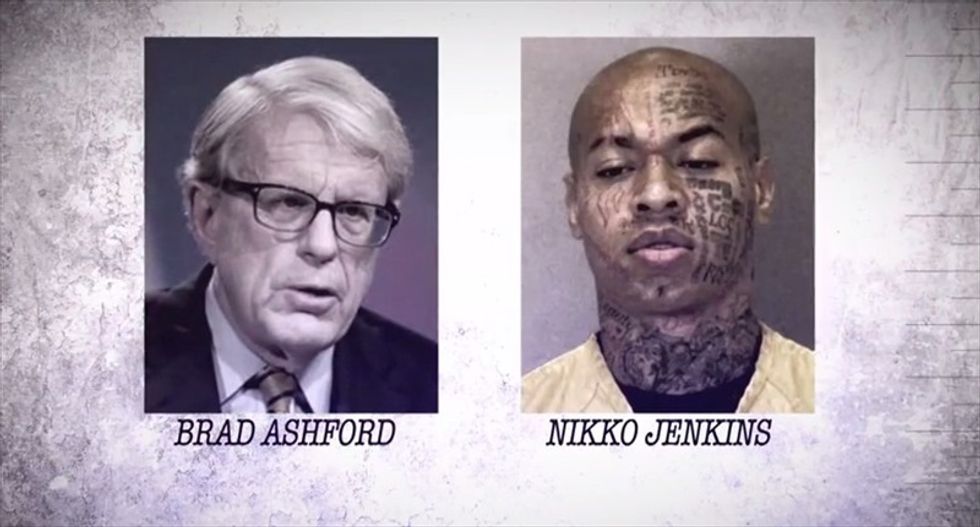 The National Republican Campaign Committee (NRCC) released an ad on Friday linking a Nebraska Democratic congressional candidate to a convicted murderer and suggesting he's to blame for his early release, less than a month after his opponent denied its existence.

The ad revolves around 26-year-old Nikko Jenkins, who killed four people last summer, less than a month after serving half of his 21-year prison sentence for robbery and assault charges under the state's "good time" law, which credits inmates for two days on their sentence for each day of good behavior.

Jenkins was released despite reportedly confessing to having "homicidal ideations" during his initial prison term, on top of repeated placements in solitary confinement and bad behavior.

"Nikko Jenkins was released from prison early after serving only half his sentence," the commercial states, while labeling state Sen. Brad Ashford (D) as a "Liberal."

"Brad Ashford supported the 'good time' law and still defends it, allowing criminals like Nikko Jenkins to be released early," the female narrator states. The commercial ends with Jenkins' mugshot side-by-side with a picture of Ashford.

According to Nebraska Watchdog,Ashford's opponent, incumbent Rep. Lee Terry (R-NE), distanced himself from the commercial earlier this month after also attempting to tie Ashford to Jenkins during a press conference.

"No such commercial has been produced," Terry said at the time.

"This repellent, race-baiting ad has no place in America, and national Republicans should apologize and take it down immediately," Democratic Congressional Campaign Committee spokesperson Ashley Lewis told the Associated Press. "Republicans should be ashamed that they have resorted to divisive rhetoric, playing up racial stereotypes and fear-mongering to save their sinking candidate."

The ad is the latest salvo in a tight race between Ashford and Terry; the Omaha World-Herald reported last month that a Democratic poll had Ashford leading by just one percentage point, garnering the support of 46 percent of voters to Terry's 45 percent, with nine percent of 2nd Congressional district voters undecided.

"Ashford should apologize for supporting a reckless law that releases violent criminals after only serving half of their original prison sentences," NRCC spokesperson Andrea Bozek told the AP. "Nebraska voters deserve to know that Brad Ashford supports policies that have made them less safe."

Watch the ad, as posted online on Friday, below.