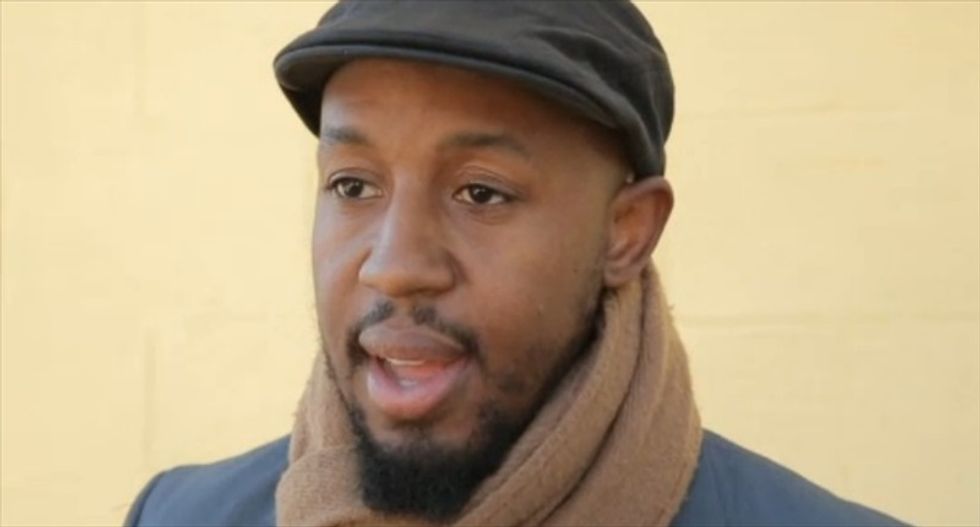 While federal officials are investigating the cause of a fire that destroyed Michael Brown's family church, their pastor and other Ferguson community members believe the building was targeted, the Washington Post reported.

"Seventy-one death threats," Pastor Carlton Lee told the Post. "I'll never forget what one man said to me: I'm going to come pick you up with all you other hateful ni*ger preachers and put you all in your church and burn you straight to hell."

Brown's father, Michael Brown Sr., and stepmother were members of Lee's congregation at Flood Christian Church. Lee reportedly counseled the elder Brown after his son was shot and killed by a local police officer, Darren Wilson, this past August. The church was torched on Monday night, following the announcement that Wilson would not be indicted in connection with the shooting.

But unlike several buildings that were also set on fire during the unrest that followed the announcement, NBC News reported, the church is far away from the parts of West Florrisant Avenue that saw the most disturbances and protesting. Also, no buildings near Lee's church were set on fire.

Investigators with the federal Bureau of Alcohol, Tobacco, Firearms and Explosives' arson division are looking into the cause of the fire. An online fundraising campaign in support of the church has raised more than $9,000 since going live on Thursday.

"I feel like one of my children has died," Lee told NBC News. "I put my blood, my sweat, my tears into this church, getting this church built from the ground up. To see that it was taken down in a few minutes is really heartbreaking."

Watch NBC News' report on the fire, as posted earlier this week, below.