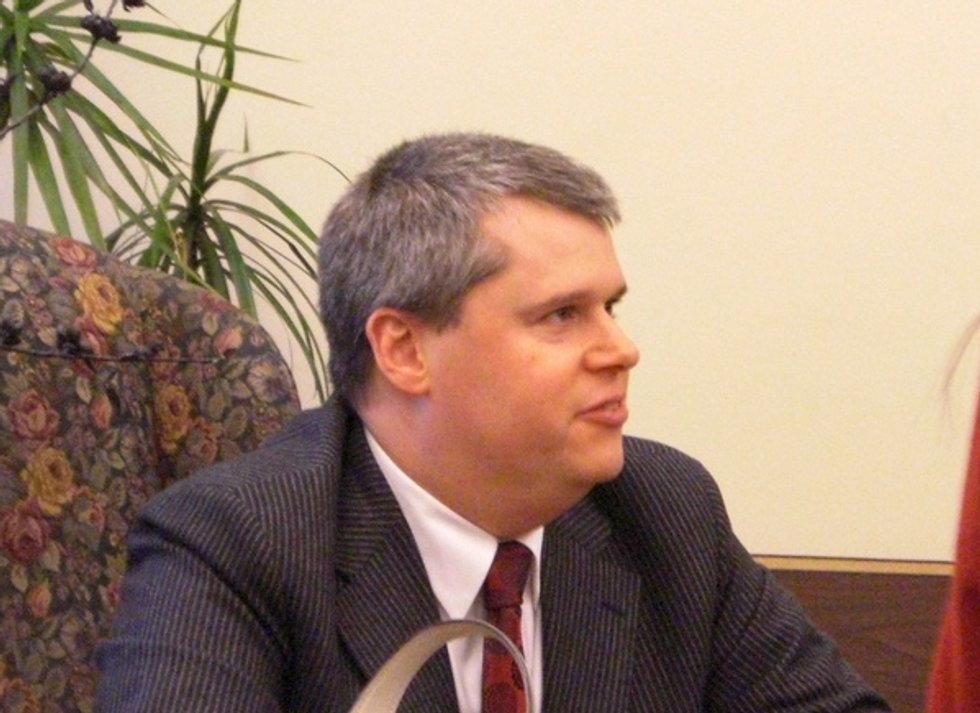 Author Daniel Handler -- who writes under the pseudonym Lemony Snicket -- is getting slammed for remarks he jokingly made Wednesday night at the annual National Book Award dinner.

According to Salon.com, Handler was ostensibly celebrating this year's National Book Award winner for young adult writing; author Jacqueline Woodson, a woman of color, who won for her novel Brown Girl Dreaming.

The National Book Award is one of the most prestigious prizes in American letters. However, when Handler took the stage, his remarks veered into wildly inappropriate -- and patently unfunny -- territory.

"I told you! I told Jackie she was going to win," said Handler. "And I said that if she won, I would tell all of you something I learned this summer, which is that Jackie Woodson is allergic to watermelon. Just let that sink in your mind.

Handler was referring to an outdated racist myth that black people find watermelon irresistible, a belief that formed the basis of one of the viler and more tasteless scenes in the 1915 film Birth of a Nation, a propaganda film about the dawn of the Ku Klux Klan.

Theodore Johnson wrote at Huffington Post in 2013, "(W)atermelon is associated with historic African-American stereotypes...Just as the undesirable leftovers of farm animals, such as pig intestines and feet, are linked to the slave diet, watermelon is the food most associated with the 19th and 20th century depictions of blacks as lazy simpletons."

Nonetheless, on Wednesday night, Handler plowed onward, "And I said you have to put that in a book. And she said, 'You put that in a book.' And I said I am only writing a book about a black girl who is allergic to watermelon if I get a blurb from you, Cornell West, Toni Morrison, and Barack Obama saying, 'This guy’s okay. This guy’s fine.'”

The reaction against Handler -- who is the author of the wildly popular A Series of Unfortunate Events series -- has been swift and intense.

Author Roxane Gay spent Thursday morning tweeting her outrage, saying, "Daniel Handler's racist 'humor' at the NBAs last night is not okay and I am shocked that so few people are talking about it."

She also wrote, "And like, how many people even realized how fucked up that was? In her career highlight, she has to be reminded, 'we can still joke,'" and "And you know, I'm sure he's a good guy. But we can still say, 'This was a mistake, try and be better.'"

Handler issued an apology, writing on Twitter, "My job at last night's National Book Awards #NBAwards was to shine a light on tremendous writers, including Jacqueline Woodson and not to overshadow their achievements with my own ill-conceived attempts at humor. I clearly failed, and I’m sorry."